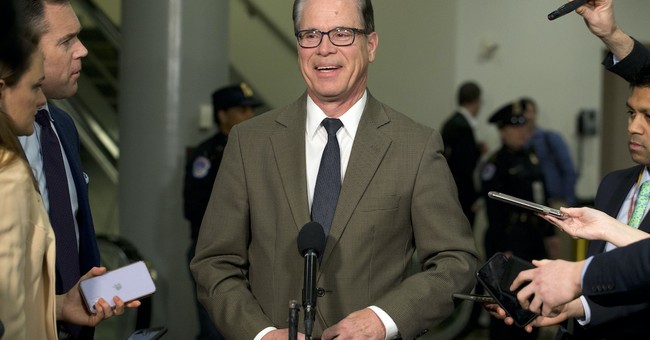 Senator Mike Braun (R-IN) told Fox News the state of Indiana is more than ready to hire any Chicago police officers who are punished or fired for refusing to comply with the vaccine mandate.

"Our police do the hardest job in the world, and they deserve respect — not losing their pay or being fired for refusing to comply with a ridiculous vaccine mandate," Braun said Fox News in a statement.

"Indiana’s police departments are hiring now and will welcome you with the respect you deserve," he said.

"My office stands ready to help connect Chicago police officers to an Indiana police department that is hiring now and doesn’t have a vaccine mandate," Braun added. "Welcome to Indiana!"

The deadline for all city employees to submit their COVID-19 vaccination status via an online portal passed last Friday. Some of the officers who did not report their vaccination status have since been stripped of their police powers and put on no pay.

Chicago Mayor Lori Lightfoot (D) accused the Chicago Fraternal of Police leadership of "trying to foment an illegal work stoppage, a strike, pure and simple. We're not having that."

"The police unions are not authorized to strike, it's in their collective bargaining agreement, it's a matter of state law," she continued. "What we've seen from the Fraternal Order of Police and particularly the leadership is a lot of misinformation, a lot of half-truths, and frankly flat out lies in order to induce an insurrection, and we're not having that."

Steve Scheckel, chief of police in Munster, Indiana, told Fox News departments have already seen a sizeable amount of former Chicago police officers coming to Indiana as COVID vaccine mandates are far from the only issue officers have been dealing with.

Indiana State Police have also made gestures towards Chicago police officers to join their ranks.