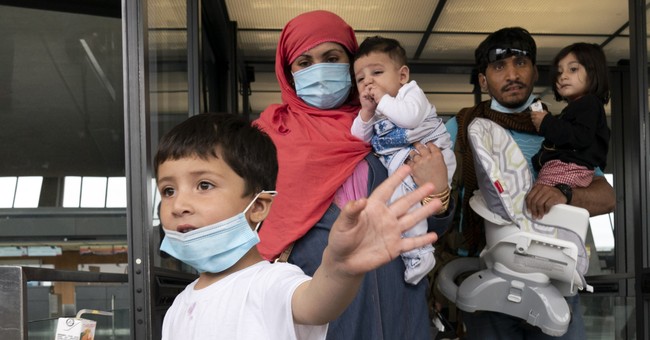 General Glen VanHerck, the head for U.S. Northern Command, told reporters during a press briefing on Friday a majority of Afghans who are on U.S. military bases within the U.S. are not enrolled into the Special Immigrant Visa program.

VanHerck, whose command is overseeing the processing of the Afghans while they are on military bases, said most of them are regular asylum seekers.

VanHerck said there are more than 25,600 Afghans on eight bases within the U.S., with about 1,000 Afghans having already been processed and released.

Northcom commander on Afghanistan evacuees in the US at military sites: "The vast majority are not SIVs, they are asylum seekers."

Northcom commander on Afghanistan evacuees at US military sites: "Single males will not be intermixed with the children and families."

The number of SIV Afghans, and American citizens, who were left behind in Taliban-controlled Afghanistan after the U.S. military pulled out on August 31 highlights how poorly the withdrawal and evacuations were planned and executed. Even the Afghan interpreter who helped save then-Sen. Joe Biden from being trapped in a remote valley was left behind along with his family.

"Hello, President, do not leave — do not forget me and my family. At the moment in Afghanistan, it is very hard and horrifying situation. All — and all those — and all voters in my country are zealots," Mohammed told Fox & Friends First. "But there’s no escape from here to another area. But I’m also wondering how I’m going to get out from my house to somewhere else. Just give him my hello and tell him, if possible, tell him or send the message, to not let me and my family left behind. That’s OK."