What House Republicans Discovered at the Border 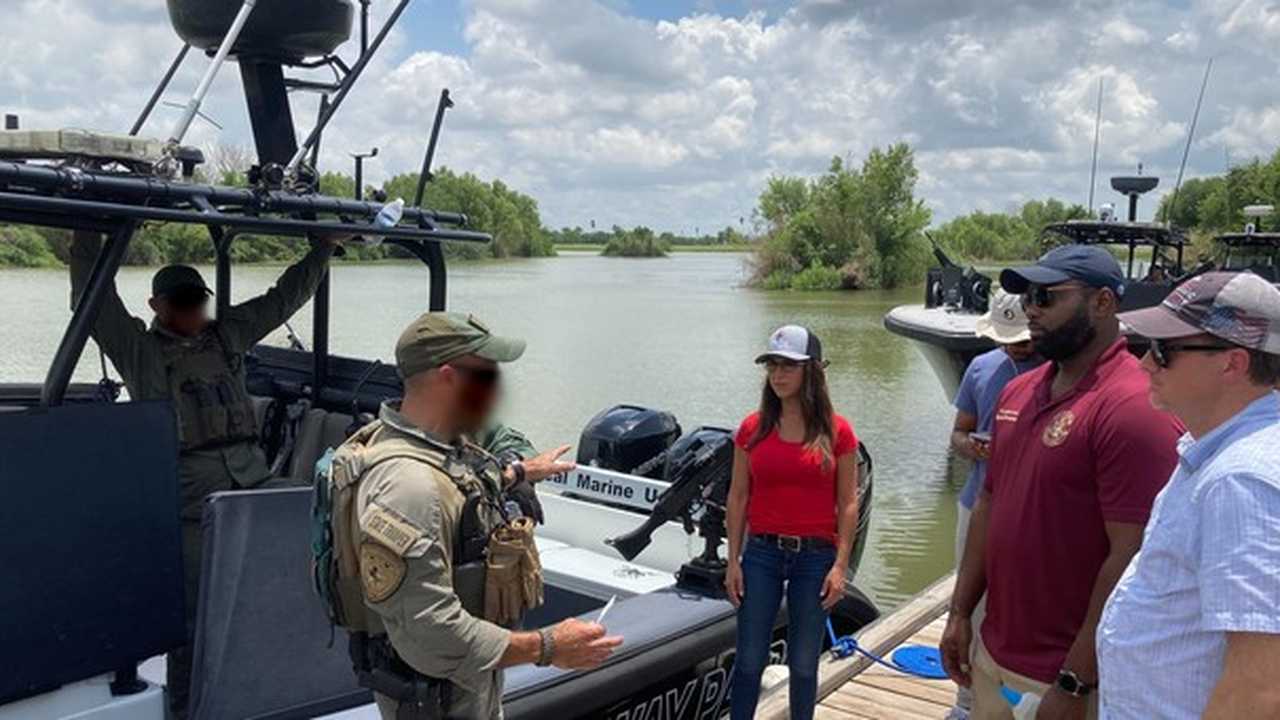 RIO GRANDE VALLEY, Texas — Representatives Michael Cloud (R-TX), Lauren Boebert (R-CO), and Byron Donalds (R-FL) and their staff walked along what looked like a completed section of the border wall system near McAllen, but as always, looks can be deceiving.

After getting a briefing from U.S. Border Patrol on how far along they were in building the new border wall system before being ordered to stop by President Joe Biden shortly after he entered office, the congressional delegation was dismayed that the progress being made in the Rio Grande Valley Sector had been brought to a halt.

"The most disturbing aspect is that the checks have been written. I mean, the people who were contracted to build these facilities are getting paid whether they work or not...We have gaping holes in this wall facility," Rep. Donalds told Townhall. "We should finish it; the checks have been written. The American people are basically paying contractors not to build the wall right now. So I don't want people to think, 'Oh, we're not building the wall, so we're saving money.' That's not true; the money is already out there."

Rep. Donalds went on to explain how Border Patrol told the delegation it has been asking for a wall system long before former President Donald Trump made it the center of his 2016 campaign because it gives them operational control of the area. By having a wall in an area, Border Patrol only needs one agent to be present as opposed to needing five or six.

In addition to gaps, the one portion of the wall the congressional delegation was touring had light posts that went up and down the completed portions. There was just one problem: The lights were not "plugged in" prior to the Biden-ordered pause, and so they are nothing more than decoration.

"[Border Patrol] still need a wall now. There are still 89 miles just in the Rio Grande Valley that have not been constructed. They could be able to secure this area if they just had the 89 miles built," Rep. Boebert said. "Just hearing that low number, that 89 miles that was actually promised to them and already appropriated and isn't being built right now, that's really disheartening."

In one case, a Border Patrol agent on an ATV chasing down a border crosser jumped a ditch that was not filled in because of the pause, causing him to crash and break his arm in multiple spots. The incident occurred about three months ago, and he has still not returned to full duty.

The delegation also received a briefing from Homeland Security Investigations, where they found the agents with that agency are having their workload increase because of the major uptick in illegal activity in and around the U.S.-Mexico border.

Representative Cloud told Townhall the difference between the Trump and Biden administrations is the willingness to "get things done" with regards to border security.

Rep. Cloud said HSI's workload to address the various human smuggling operations has increased because of the massive influx of people illegally crossing the southern border.

"There's so much criminality going on right now, and we so few resources put to the effort to combat that criminality that it's just extremely difficult for [HSI] to keep up with what's going on," he added.

Because of how overwhelmed the federal government is with the ongoing border crisis, Texas has taken steps to address the issue. Operation Lone Star, started by Gov. Greg Abbott (R) in March, is the state's response to the influx, with Texas state troopers and National Guard being used to bolster Border Patrol and local law enforcement. The delegation got a tour of the Rio Grande with the Texas Highway Patrol's riverboat teams, who have been used to intercept people attempting to cross.