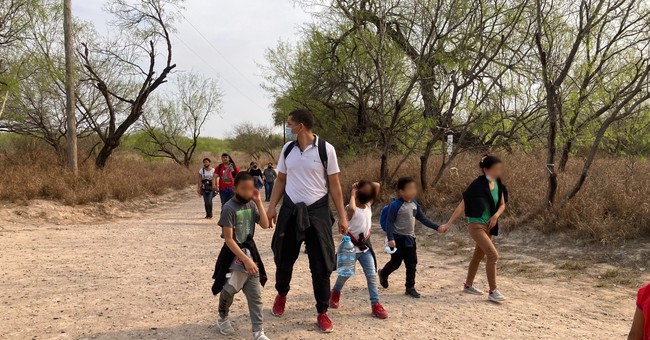 President Joe Biden continued to shift blame to former President Donald Trump for the ongoing crisis at the U.S.-Mexico border, but added the situation is now under control during his interview with NBC's "Today."

Since Biden has been in office, U.S. Customs and Border Protection has encountered an all-time historic high of immigrants illegally crossing into the United States. While economic distress and social unrest in Latin American countries have long been factors for illegal immigration, Biden's open border policies and rhetoric have incentivized large numbers of people to undertake the dangerous and expensive trip.

"It is getting urgent action. Now, for example, a month ago, we had thousands of young kids in custody in places they shouldn’t be, controlled by the Border Patrol. We have now cut that down dramatically...The failure to have a real transition, the two departments that didn’t give us access to virtually anything were the immigration and the Defense Department," Biden said. "So we didn’t find out they fired a whole lot of people and were understaffed considerably.”

"Well, look, it's way down now. We’ve now gotten control. For example, we have — they didn’t plan for, which it comes every year, this flow, whether it is 22,000 or 10,000, they didn’t have the beds that were available," Biden said. "They didn’t plan for the overflow. They didn’t plan for the Department of Health and Human Services to have places to take the kids from the Border Patrol and put them in beds where there were security and people who could take care of them. So there is a significant change right now, significant change in the circumstance for children coming to and at the border."

Immigration officials who worked under the Trump administration have strongly contested the Biden administration's claim that poor conditions in the holding facilities is due to lack of planning.

"We didn't need [Health and Human Services'] beds because we had the border secure. So we're not going to have, you know, 10,000 beds available for people that aren't coming across the border because of Trump's policies...And for the administration not to call it a crisis is disrespectful to every man and woman that wears green there," Thomas Homan, former acting director of U.S. Immigration and Customs Enforcement—who is now a senior fellow with the Immigration Reform Law Institute—told Townhall in March.