Nancy Pelosi with a Straight Face: Unlike Trump, We're Under Good Leadership for the Border Crisis 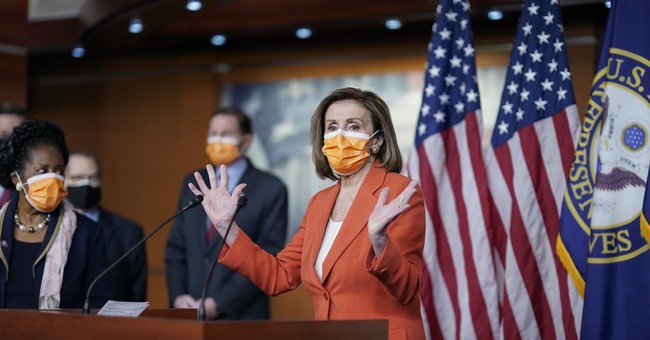 Speaker of the House Nancy Pelosi (D-CA) said the United States is under good leadership with President Joe Biden to handle the ongoing crisis at the U.S.-Mexico border, without a hint of irony.

During an event in California, Pelosi said, "The fact is, is that, we're on a good path at the border under the leadership of President Biden. It's about restructuring how we do what is happening there because we were in a very bad situation under the Trump administration."

Pelosi also said Republicans are wrong to blame illegal immigrants for spreading COVID-19 after President Trump called the viral pandemic a hoax, which he did not.

House Speaker Nancy Pelosi: "We're on a good path at the border under the leadership of President Biden ... We were in a very bad situation under the Trump administration." pic.twitter.com/l0AdoraOhq

What Pelosi forgets or chooses to ignore is the current surge at the southern border has been caused by the open border rhetoric and policies that have been put in place by the Biden administration. The surge in illegal foot traffic, which is mainly consisted of unaccompanied minors and family units, has caused overcrowding in Border Patrol's facilities during the COVID pandemic.

In addition to the surge in illegal crossings, there has been a disturbingly high number of "got aways," also known as individuals who are known to have illegally crossed but were able to avoid apprehension by Border Patrol. The current number of "got aways" is estimated to be around 1,000 people a day, which is in part due to Border Patrol agents being tied down processing the large number of people voluntarily turning themselves in.