Steve Cohen: National Guardsmen Who Voted for Trump Are a Threat to the Capitol Building 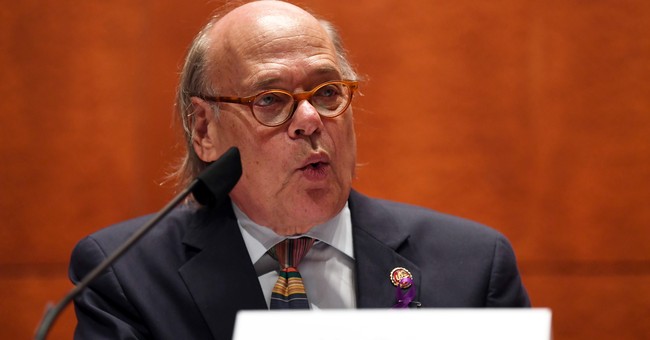 Rep. Steve Cohen (D-TN) voiced his unfounded concern about the National Guardsmen who voted for President Trump and are now charged with protecting Washington, D.C. and the Capitol building.

Citing how there were some veterans and active-duty members of the military present at the pro-Trump protest and the Capitol building riot, Cohen guessed many of the National Guardsmen did not vote for President-elect Joe Biden.

"You know, I think the Guard is 90 some odd percent I believe male, only about 20 percent of white males voted for Biden. You gotta figure that the guard which is predominantly more conservative and I see that on my social media, and we know it, there are probably not more than 25 percent of the people there protecting us that voted for Biden, the other 75 percent are in the class that would be the large class of folks who might want to do something and there were military people and police who took oaths to defend the Constitution and to protect and defend who didn’t do it, who were in the insurrection," Cohen told CNN anchor Jim Sciutto.

"So it does concern me," Cohen said.

"That’s far — to have voted for Trump does not make you an insider. That’s far different from being a threat of violence inside, whether the National Guard or law enforcement," said Sciutto.

Cohen added if you were to draw "circles of people, and in the first circle is people who worked for Trump and not for Biden as far as people who would be within the zone of folks who you would be suspect of, the suspect group is large."

In other words, Cohen believes that if you voted for Trump, you are automatically a suspect for an insider domestic terrorist attack and you should be looked into by law enforcement.

Share this on Facebook
Tweet
House Panel Issues Probe Into Gun Makers, Because Crazy Dems Believe Guns are the Problem
Sarah Arnold
Trump: We Have the Right to Our Second Amendment
Sarah Arnold