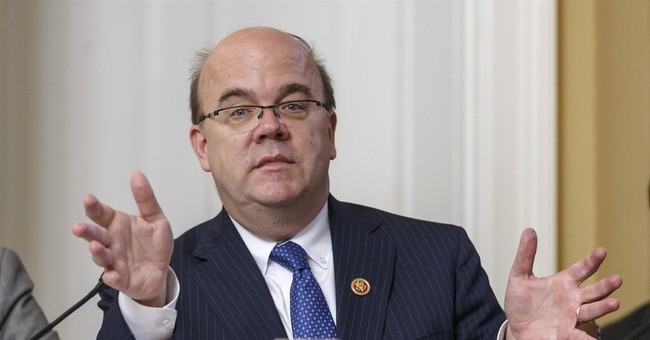 Rep. Jim McGovern (D-MA), who is the chairman of the House Rules Committee, explained to CNN on Monday how House Democrats are going to move forward with impeaching President Trump a second time after the riot at the U.S. Capitol building.

There are renewed calls for impeachment after Trump spoke at a rally on Wednesday and encouraged people to go to the Capitol building while Congress was certifying the election results. People did head towards the Capitol building and the situation quickly deteriorated into riots as some Trump supporters fought police, resulting in multiple breaches into the complex.

"Well, this will be a week of action. And today we will seek a unanimous consent request to bring up a resolution authored by Congressman Jamie Raskin, to demand that the Vice President invoke the 25th Amendment. I expect the Republicans will object, so tomorrow the Rules Committee, which I chair, will provide a rule to bring that legislation to the floor, we will vote on it, and then in 24 hours later, we will go back to the Rules Committee and bring another resolution to deal with the issue of impeachment. What this president did is unconscionable and he needs to be held to account," McGovern told anchor John Berman.

"We will bring it right to the floor and it will be considered by the full House. And I expect that he will be impeached. He will be the first president in history to be impeached twice," McGovern added, predicting Trump will be officially impeached by Thursday.

"Well, it is important because we need to make it clear that there is a consequence to what happened on Wednesday. For those who say we should look the other way or move on, to do that, basically says that what they did was okay. What the president did was already. And it will happen again if there’s not a consequence for his action," he said.

At five people were killed from the riots, including Capitol Police Officer Brian D. Sicknick.