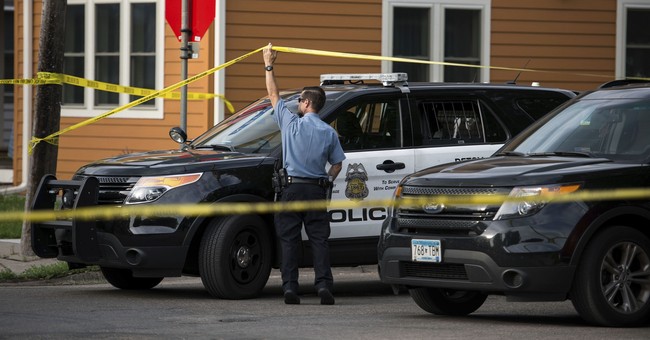 The Minneapolis Police Department released the body camera footage from the officers that were involved with the shooting that left an armed suspect dead on Wednesday night. The shooting sparked some protests that very night despite the little information that was known at the time.

The video shows the suspect, Dolal Idd, trying to use the vehicle he is in to get away from officers in a parking lot. Officers can be heard shouting at him to stop the car, but Idd continues to try to get away, but other officers use their vehicles to block his exit.

After an officer yells "Hands up! Police!" it looks as though Idd pulls a gun out and fires at him, prompting the officers to shoot back.

Family says they don't believe @MinneapolisPD narrative that their son fired first. They claim he was just "sitting in his car." Dad, here, particularly upset about how his family was treated when law enforcement came to their home overnight with search warrants. @FOX9 pic.twitter.com/CMax0OjXXF

Just rec'd this text from Dolal Idd's father about last night's deadly police shooting: "Yes we watched the body camera, the same one that was released to the public. The only thing we would like to say is we have more questions than answers." @FOX9