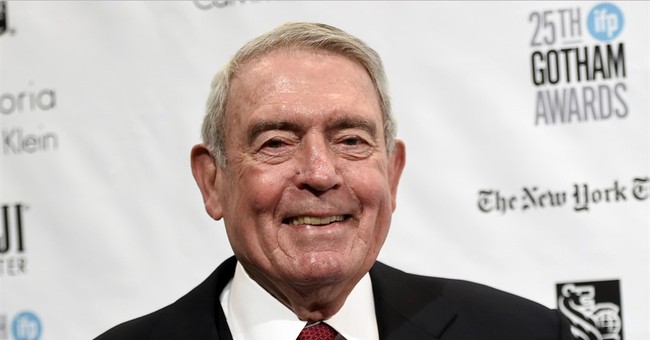 The dean for the Moody College of Communication at the University of Texas at Austin announced on Wednesday the school had created a new medal to be awarded for "News and Guts" in honor of disgraced journalist Dan Rather.

"Dan Rather is not only a legend -- he’s the namesake of new awards honoring his career and the work of today’s journalists," Dean Jay Bernhardt tweeted. "We are thrilled to announce the @DanRather Medals for News and Guts."

Dan Rather is not only a legend -- he’s the namesake of new awards honoring his career and the work of today’s journalists. We are thrilled to announce the @DanRather Medals for News and Guts.https://t.co/XeFKkNXh0N pic.twitter.com/9R0v8D1945

On the school's website, it says the medal is meant to "honor the process of journalism as much as the end product. They will be awarded to professional and collegiate journalists who go the extra yard — overcoming obstacles like stonewalling and harassment — to get the story that tells truth to power."

"The School and the College sponsor the Dan Rather Medals for News and Guts to further his goal of supporting and defending bravery and excellence in journalism in the face of overwhelming odds. While journalism and journalists have long been under constant fire from the powerful, recognizing those who show 'News and Guts' has never been more important than it is today," it continues.

The school notes in Rather's bio how "he left CBS News after 2006, two years after the network retracted a '60 Minutes II' piece he produced that questioned President George W. Bush's National Guard service," but adds, "Fourteen years later, he is popular on social media and still reporting with his production company and website News and Guts."

Rather said in 2015 that though he could not verify the documents that were critical of President George W. Bush while he was serving in the Texas Air National Guard. He stands by the bogus story.