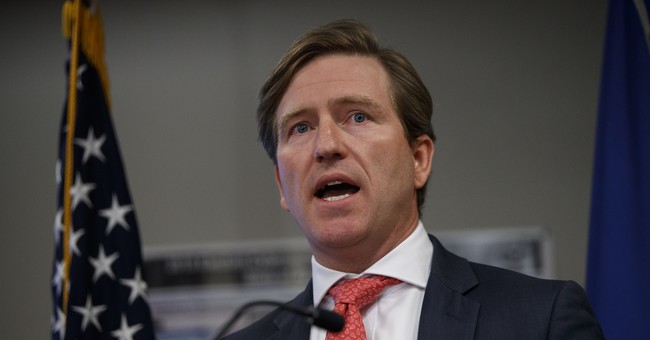 President Trump's decision to fire Christopher Krebs from his position at the U.S. Department of Homeland Security as its director of the Cybersecurity and Infrastructure Security Agency (CISA) has been met with widespread criticism.

Critics say the firing was in retaliation for CISA releasing a joint statement made by multiple election agencies saying the presidential election was the "most secure in American history."

"Right now, across the country, election officials are reviewing and double-checking the entire election process prior to finalizing the result," the statement read. "When states have close elections, many will recount ballots. All of the states with close results in the 2020 presidential race have paper records of each vote, allowing the ability to go back and count each ballot if necessary. This is an added benefit for security and resilience. This process allows for the identification and correction of any mistakes or errors. There is no evidence that any voting system deleted or lost votes, changed votes, or was in any way compromised."

This was wrong for Krebs to do, according to a DHS official, because addressing allegations of voter fraud from within the United States is not in CISA's jurisdiction.

"CISA was successful in preventing election interference via a cyberattack on election infrastructure during the presidential election. Election fraud is different than election interference and is beyond the scope of CISA authorities," the DHS official told Townhall. "CISA does not have firsthand information on allegations of voting fraud or investigate such claims, responsibility for which lies with State and local authorities and the Department of Justice."

"Allegations of voter fraud are being adjudicated through the court system. Taken together, it’s clear that Director Krebs was speaking outside of his lane," the official added.

In a tweet after his termination, Krebs said he was "Honored to serve" and "We did it right."

Honored to serve. We did it right. Defend Today, Secure Tomrorow. #Protect2020