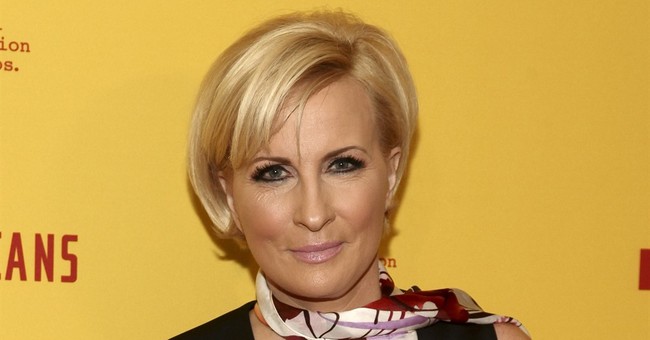 MSNBC host Mika Brzezinski voiced her concerns on Thursday about President Trump leaking government secrets once he is out of office and suggested for "certain sections of law enforcement" to go after him.

Brzezinski predicted Trump will use state secrets to enrich himself and his family when he goes back into business full-time.

"Again, I’ll just say that Donald Trump has access to everything and when he leaves he continues to have a good deal of information he can use to his benefit and his personality has shown that he doesn’t have a lot of discipline beyond using information or people or relationships to his financial gain. It’s always about the money," Brzezinski said.

"You follow the money, you end up with what the answer is to the question, what’s with Russia? You look at Turkey, you look at his relationship in Saudi Arabia and how he handled everything. It’s all leading to potential past financial transactions that might have been stopped that never came to fruition or future financial transactions and I worry this president will have quite a party with all of this information that he learned as president when he leaves office. That is unless, Willie, certain sections of law enforcement come after him," she added.

"Yeah. He could find himself in any number of courts but I think you’re right to go back to his presidency and his personality which is that he likes to be the guy with the information. It was gossip back then, now it’s national security secrets," "Morning Joe" co-host Willie Geist said.

Trump is not officially conceding the election until the lawsuits filed in different states determine how widespread and accurate the claims of voter fraud are. Despite the lawsuits, the media has projected Joe Biden and Kalama Harris to be the next president and vice president.