DNC Showcases Woman Who Lost Her Dad to COVID-19: He Died Because He Trusted Trump 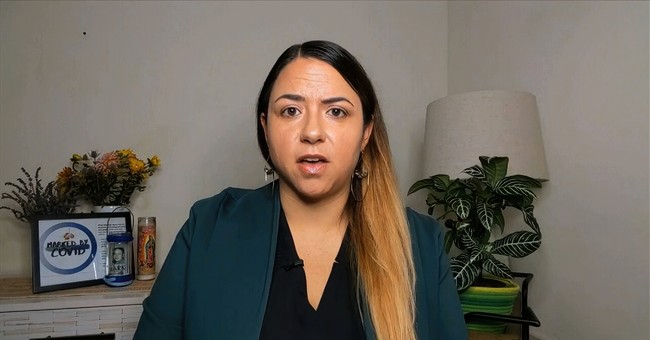 The Democratic National Convention featured a woman who lost her dad to COVID-19 and who places the blame for his death on President Trump during the first day of the virtual convention on Monday. She said because of what happened to her dad, she will ve voting for presumptive nominee Joe Biden.

Kristin Urquiza, of San Fransico, Calif., said her dad, Mark Anthony Urquiza, "had faith in Donald Trump. He voted for him, listened to him, believed him, and his mouthpieces when they said that coronavirus was under control and going to disappear."

Urquiza said her father went to a karaoke bar in Arizona after the lockdowns had been lifted in the state and had contracted the virus.

"A few weeks later he was on a ventilator and after five excruciating days he died alone in the ICU, with a nurse holding his hand. My dad was a healthy 65-year-old. His only preexisting condition was trusting Donald Trump and for that, he paid with his life," she said.

"Enough is enough. Donald Trump may not have caused the coronavirus but his dishonesty and his irresponsible actions made it so much worse. We need a leader who has a national, coordinated data-driven response to stop the pandemic from claiming more lives and to safely reopen the country. We need a leader who will step in on day one and do his job. To care. One of the last things that my father said to me was that he felt betrayed by the likes of Donald Trump and so when I cast my vote for Joe Biden, I will do it for my dad," she concluded.