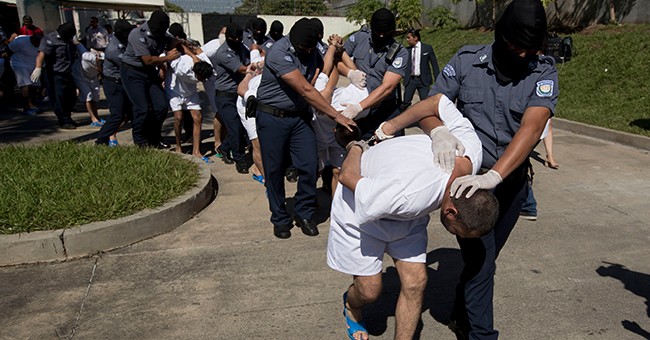 Steve Bellone, the County Executive for New York's Suffolk County, told "Fox & Friends" on Wednesday that while county leadership understands the protests that were sparked after George Floyd's death, it is wrong to try to remedy it by defunding the police as it will help violent gangs, like MS-13.

Progressive activists and politicians across the country are calling for the defunding, and the dismantling, of police departments as they view them as being too far gone to be reformed. In Seattle, protesters are occupying a few city blocks around the police's East Precinct and have repeatedly called for the city's police department to be abolished in favor of a community-based approach.

"But this notion of defunding the police and what it implies that somehow we don’t need the police doesn’t make any sense. It may make for catchy slogan at a protest, but as a matter of public policy, it just doesn’t work," Bellone, a Democrat, said.

"The fact of the matter is crime has not gone away. Every day there are bad people out there trying to do bad things and it could be property crimes, violent crimes, domestic violence incidents. We have our police officers breaking up sex trafficking rings and battling brutal criminal organizations like MS-13 to get them off our streets. Just this past week we had somebody walk into one of our local hospitals with a backpack that had explosives and hatchet concealed and it was an off-duty police officer that saw something suspicious that ultimately allowed our detectives to apprehend this individual and prevent a tragedy from happening," he continued.

Bellone praised the over 100 protests that have occurred within the county as being peaceful and said they have not experienced any of the destructive looting that the rest of the country experienced.

"I think as we move forward and look at criminal justice here in the state, they are starting to look at the court system and how do we make that independent, how we select judges. I think this isn’t just policing. We need to have a broader conversation. The police are out there doing the most difficult work, putting their own safety on the line every day. And we need to recognize that even in the midst of what is happening in our country," he said.