Obama Didn't Do Anything 'Inappropriate': Eric Holder Says There's Nothing to 'ObamaGate' 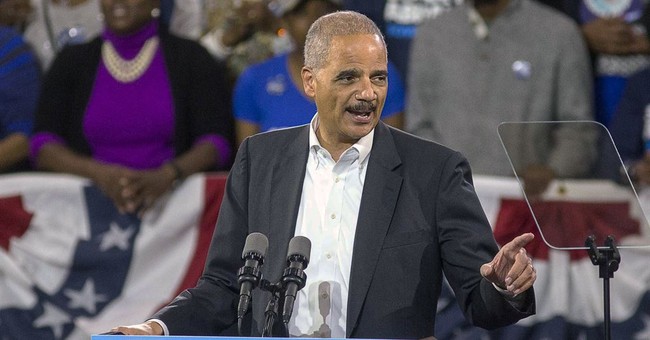 Former Attorney General Eric Holder told MSNBC on Tuesday that there is nothing to the "ObamaGate" accusations being hurled by President Trump and his allies in recent days, saying it's "troubling" to see how they want to use the Department of Justice to go after political rivals.

"This idea of what — John Bolton said, 'What did the president know and when did he know it?' 'Barack Obama knew, Barack Obama led some illegal conspiracy.' What do you make of that rhetoric?" host Chris Hayes asked.

"The notion that Barack Obama or people surrounding him did something inappropriate, describing it as 'ObamaGate' by the President, is absurd...You will now hear 'ObamaGate' repeated, repeated and repeated, whether or not there is any basis to it and there is not" he continued. "That is going to be the new thing. And what is extremely troubling, this is something I would have dismissed out of hand if you had raised it with any other administration, Republican or Democrat. But that is not something that you can dismiss with regard to this administration, this Attorney General."

Trump has accused Obama of participating in the "biggest political crime in American history" regarding the FBI's investigation into his former National Security Adviser Michael Flynn and his 2016 election campaign. The accusation comes as Acting Director of National Intelligence Richard Grenell is in the process of "unmasking" U.S. officials in their review of the origins of the Russia investigation and the DOJ dropping its case against Flynn.