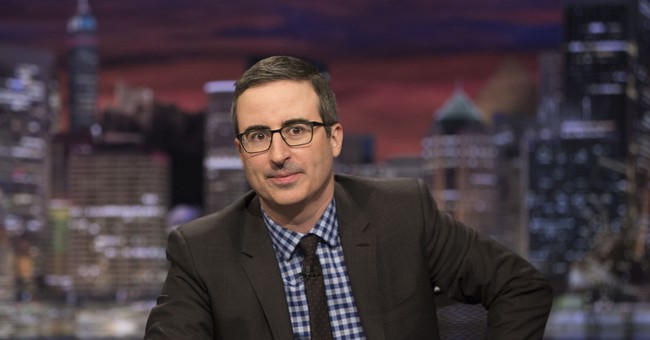 HBO late night host John Oliver appeared to have taken Attorney General William Barr's answer on why the Department of Justice dropped its case against retired Lt. Gen. Michael Flynn out of context during Sunday's episode of "Last Week Tonight."

In the video that was included in The Daily Beast's report on Oliver's segment, the only part of Barr's answer on how history will view the move only included the following: "Well, history is written by the winners, so it largely depends on who's writing the history."

"Wow! Now, if I were the president's lackey trying to twist the justice system to his will, I might have answered that simple question with something like, 'History will show this is the right decision' or 'It was a tough call but justice was served.' It takes a special kind of arrogance for the nation's top law-enforcement official to say, 'Actually, history's a lie we tell ourselves as we fall asleep at night, the world is nothing but formless chaos, and there is no truth but that which the strong impose upon the weak. You get it, right?!'" Oliver said in response to Barr. However, that was not Barr's full answer.

"Well, history is written by the winner. So it largely depends on who's writing the history. But I think a fair history would say that it was a good decision because it upheld the rule of law. It helped, it upheld the standards of the Department of Justice, and it undid what was an injustice," Barr said.

The Daily Beast report on Oliver's segment did not include how the video was taken out of context or how NBC News had admitted to making the same mistake.

HBO declined to provide a statement on Oliver's segment after it was pointed out that another network admitted to making a similar error.

NBC's Chuck Todd was called out for Sunday's episode of "Meet The Press" making a similar cut of Barr's response by only including the first portion.

"Earlier today, we inadvertently and inaccurately cut short a video clip of an interview with AG Barr before offering commentary and analysis. The remaining clip included important remarks from the attorney general that we missed, and we regret the error," the show's Twitter account said.