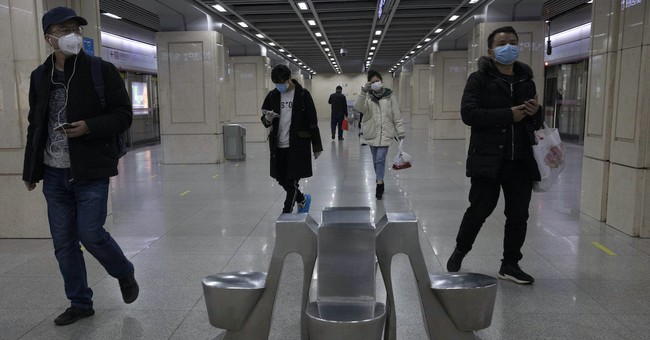 ABC News came under fire on social media on Sunday for uncritically sharing Chinese propaganda about the country's "success" on combating the Wuhan coronavirus.

As part of their rolling coverage for the global pandemic, ABC News reported Wuhan, the city where the novel coronavirus originated from, no longer has hospitalized COVID-19 patients.

Their source for the report was from China's state-run media organization Xinhua, who was citing Mi Feng, a spokesperson for China's National Health Commission.

The short blurb did not mention about the reports of China purposefully misreporting and undercounting the country's number of COVID-19 patients and death toll.

"As of Sunday, China has reported 83,909 diagnosed COVID-19 cases and 4,636 fatalities, according to a tally by Johns Hopkins University."

Users on Twitter expressed their doubts about the report and criticized ABC News for sharing the news with little pushback on their misleading history.

That’s how you know this is fake. https://t.co/9HKWztt2VK

Also Mainstream media: China's state-run media said it, so it must be true. https://t.co/KvJeBB6pjE

Straight up running with what the Chinese govt tells them to report.

It is possible the authoritarian Chinese government has a better handle on the outbreak, but they have given the rest of the world no reason to believe them since they have been misleading about the virus since day one. The whole world has been adversely affected by the disease because of their mishandling of the outbreak and attempts to hide it.