Report: State Dept. Confirms China, Iran, and Russia Are Working Together to Blame US for COVID-19 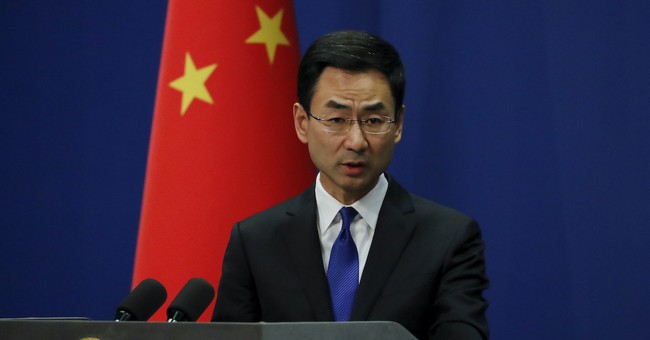 The State Department confirmed to staff members of the House Committee on Oversight and Reform during a briefing on April 15 that the state-run media in China, Russia, and Iran are working in together to blame the Wuhan coronavirus pandemic on the United States, according to an internal GOP Oversight and Reform Committee report.

In the report that was obtained by Townhall, it also laid out how the World Health Organization and China had been misleading on the severity of COVID-19 during the early stages of the pandemic, which originated out of the city of Wuhan, the capital of Central China’s Hubei province:

"According to a cybersecurity report, Chinese state-run media has attempted to shift the blame for the pandemic away from China and instead painted China as a global leader in the response to the pandemic. A spokesman for the Chinese Foreign Ministry has openly blamed U.S. servicemembers for originating the virus in China. China further censored and detained any Chinese official, including doctors, who tried to warn of the true origins of the virus.

"The State Department has confirmed Chinese, Iranian, and Russian state-run media are all promoting similar messages in an effort to blame the U.S. for COVID-19. Further, China is attempting to use propaganda regarding its pandemic response to convince the world that socialism, communism, and authoritarianism are better than freedom, liberty, and representative government."

The State Department said they are doing the following to push back against Chinese propaganda:

Pointing to the U.S. intelligence community finding evidence of China purposefully underreporting their number of cases and deaths from COVID-19, the report said, "The global health community relied on these early Chinese reports to plan responses in other countries, and such underreporting may have led other countries to operate under false assumptions regarding the spread of the virus."

The report further takes aim at the WHO's missteps, resulting in lost time to adequately prepare for the disease.

"These preliminary investigations included China jailing any doctor that disseminated any information about COVID-19 not first cleared through state-run media. Additionally, the WHO failed to promote in a timely manner Taiwanese warnings of human-to-human transmission in December 2019; Taiwan is not currently recognized by the WHO as an independent nation. On January 23, 2020, the WHO finally recognized human-to-human spread was occurring – a month after the first warnings," the report stated about the WHO's now-infamous January 14 tweet.

"By the time the WHO declared COVID-19 a Public Health Emergency of International Concern (PHEIC) on January 30, 2020, the disease had infected almost 10,000 and killed almost 1,000 people in nineteen different countries," it continued. "The Guardian has reported the delay in the PHEIC declaration was a result of intense pressure from China. While making the declaration, Dr. Tedros said 'China is to be congratulated for the extraordinary measures it has taken to contain the outbreak.' Since then, there have been over 2.5 million new cases and 175,000 deaths worldwide."

Because the WHO criticized President Trump's order to restrict travel to and from China and their continued praise for China "despite clear Chinese efforts to cover-up their complicity in the pandemic," Oversight Republicans wrote to Dr. Tedros in early April demanding documents and a briefing. The request included:

The Ethiopian Embassy contacted Oversight Republicans to confirm they had received the letter on April 11, but so far, no documents have been produced and the briefing has yet to be scheduled.