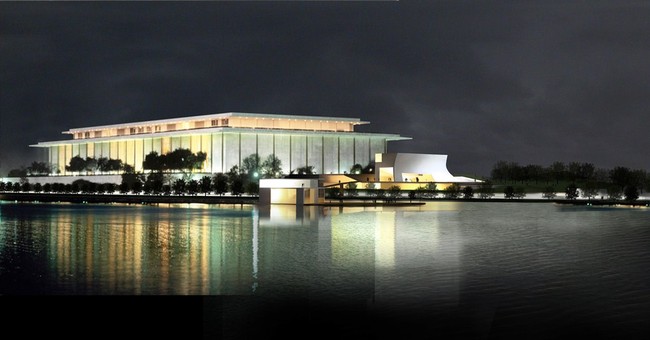 Republican members on the House Oversight and Reform Committee are demanding more information from the John F. Kennedy Center for the Performing Arts after they decided to furlough its employees despite receiving $25 million in a COVID-19 relief package passed by Congress.

NEW: Oversight members request info on the Kennedy Center layoffs despite the $25 million they got from Congress.

"If the Kennedy Center is required to furlough its employees, it should return a portion of money Democrats fought so hard to secure."

"These layoffs, whether temporary or not, are counter to the spirit of the CARES Act and are concerning to Congress," the letter states.

"The Coronavirus Aid, Relief, and Economic Security (CARES) Act was expressly designed to provide substantive aid to small businesses and institutions that have been upended by the scourge of COVID-19,” said Rep. Virginia Foxx (NC). “Unfortunately, Speaker Pelosi’s provision of $25 million for the Kennedy Center within the CARES Act has fallen far short of its intended purpose....When it comes to protecting the livelihoods of hardworking Americans, misplaced priorities are unacceptable. I look forward to hearing from President Rutter on this issue immediately."

The Washington Free Beacon reported that the union that represents the Center's symphony had reached a deal with the center to avoid unpaid furloughs. The musicians will take a partial pay cut with the Kennedy Center remaining closed and will take a wage freeze for the remainder of the calendar year. The musicians have also agreed to drop a grievance filed against the Kennedy Center.