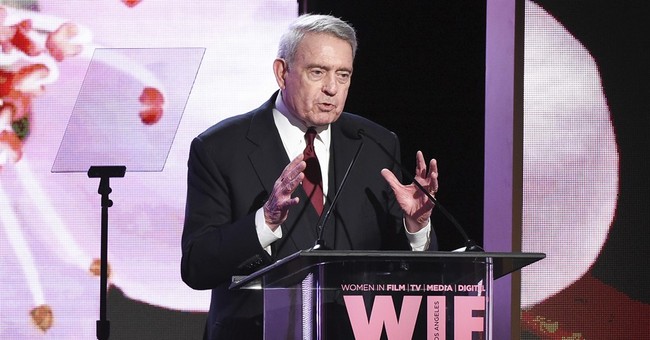 Former CBS anchor Dan Rather said the media needs to gather and report all the facts they can about the COVID-19 outbreaks, also known as the Wuhan coronavirus, and in order to do so, the press needs to ignore President Trump and the press briefings he has been holding.

Rather was speaking with CNN Reliable Sources host Brian Stelter and journalist Carl Bernstein on how the press should cover the White House coronavirus task force's daily press briefings when Trump is in them.

"He’s the president of the United States. He deserves to be heard and we need to say when he’s lying and he is a compulsive liar. Much of what he says is untrue. He is still conducting a war against the truth instead of focusing totally on a war against a deadly plague. People in this country will respond to real leadership from this president if he provides it. And that includes the press responding," Bernstein said.

Stelter then asked Rather what the media should do with the press briefings, which have been occurring on a near daily basis.

"Well, first of all, to do our job, which is to get the facts, report as many of the facts as possible, connect the facts, and I want to say, until and unless he proves differently, to pay far less attention to President Trump. I really regret having just said that, but he’s not going to come to anybody’s rescue. And the faster we realize that, the better off we’ll be," Rather said.

Rather is infamously known for claiming during the 2004 presidential election that then-President George W. Bush was "AWOL" for much of his service in the Texas National Guard. The claim, which led to his firing, was based on painfully obvious forged documents.