One of the Big Reasons for Latinos' Support of President Trump: Tax Cuts 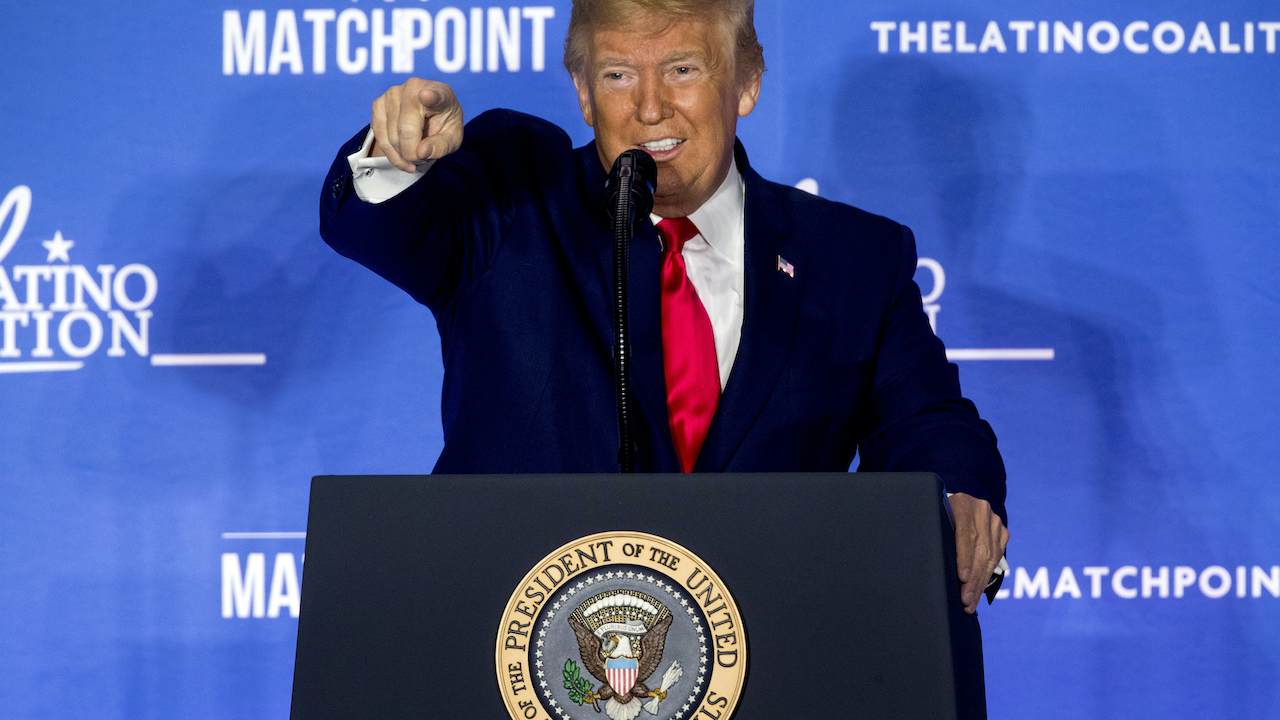 President Trump received a warm welcome when he made an appearance at the Latino Coalition's Legislative Summit at the J.W. Marriott in Washington, D.C., on Thursday. Many in attendance were Latino owners and managers of small businesses across the country and strong supporters of Trump.

Hector Barreto, chairman of the Latino Coalition, told Townhall there are "many things" Americans get wrong about Trump's strong support within the Hispanic community.

"Let's start with he got 30% of the Latino vote last time...millions of Latinos voted for him. One of the things we always tell folks, our community is not monolithic. We don't think the same thing about all things," Barreto said.

Barreto explained the reason why Trump got a surprisingly large bloc of the Hispanic vote was because they were able to separate from some of the controversial things Trump was saying and tweeting and focus on his plans and proposals to help small businesses and their families.

"I think a lot of people made an economic decision."

Hispanic unemployment has reached a record low under Trump, and those in attendance credited the tax cuts Republicans passed in 2017 with helping them grow their businesses.

"What can I tell you? I mean, I've had the luxury of enjoying the benefit of the tax cuts. The tax cuts allowed me to grow my businesses. So not only do I own a supermarket, but I now own a large liquor store, one of the largest in the state. And I actually recently opened up a franchise — a gym franchise," he said. "So I've been able to glean those benefits because of the tax cuts that the administration put out and that yourself did, Mr. President, and I can't tell you how grateful I am. If it weren't for those things, my business would have stagnated, it would have stayed flat, and we wouldn't have been able to expand and had many more jobs and more opportunity for other people."

Wearing her "Make America Great Again" hat, Martha Prats, CEO of eINFORMe Inc., told Townhall the Trump administration has given out more contracts to companies who do business with the National Aeronautics and Space Administration. Prats, a Cuban immigrant, also sharply criticized the rise of Democratic presidential candidate Sen. Bernie Sanders (VT), who recently praised some of Fidel Castro's policies.

"[Castro] was all bad. The literacy program was a program to brainwash children, I was one of those children," Prats said, explaining how they were taught in how great Castro was despite all the human rights abuses his regime carried out.

"So Bernie Sanders is crazy. I was having nightmares just thinking that my children and grandchildren are going to grow up in a communist America after my parents sacrifice everything to bring me here," Prats said as she began to tear up.

Keri Patida Thomas said her support for Trump comes from the Hispanic community's strong emphasis on family and his strong pro-life stance since being in office.

"From a Hispanic mom position, I'm glad he's protecting innocent life. I don't want my taxpayer money going to abortions, because that goes against my culture," she said.

Her husband, John Thomas, who owns South Plains Surgical Associates and is of Indian descent, told Townhall he is another example of the tax cuts working.

"So low taxes, more money in the pockets of people to spend on wellness. It's a great blessing. I see the after-effects of tax cuts," he said.