Another One Bites the Dust: Deval Patrick Drops Out of Presidential Race 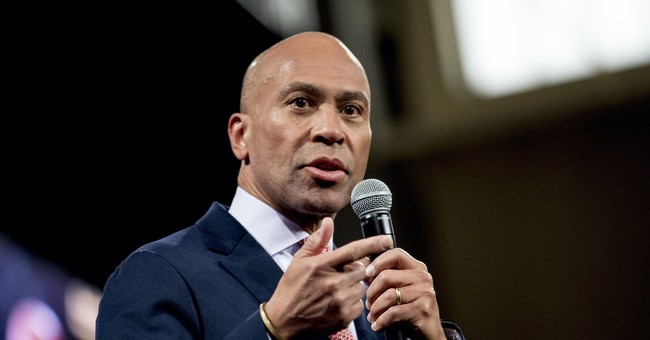 Former Massachusetts Gov. Deval Patrick dropped out of the Democratic presidential race on Wednesday after failing to make an impact in New Hampshire's primary on Tuesday.

Patrick made his late entry into crowded field in November. Patrick was second to last in the neighboring state, only getting 1,212 votes. Sen. Michael Bennet (CO) was dead last with 1,018 votes. Bennet ended his campaign on Tuesday night after the results came in.

Patrick had skipped campaigning in Iowa for the caucuses and devoted all of his efforts in New Hampshire, hoping to get on the map with delegates.

"I believed and still believe we had a strong case to make for being able to deliver better outcomes," Patrick said in a statement to CNN. "But the vote in New Hampshire last night was not enough for us to create the practical wind at the campaign's back to go on to the next round of voting. So I have decided to suspend the campaign, effective immediately."

"I am not suspending my commitment to help -- there is still work to be done. We are facing the most consequential election of our lifetime. Our democracy itself, let alone our civic commitments to equality, opportunity and fair play, are at risk," he added.

Recommended
Americans Are Still Being Held Hostage By the Taliban. Biden is Headed to the Beach.
Katie Pavlich