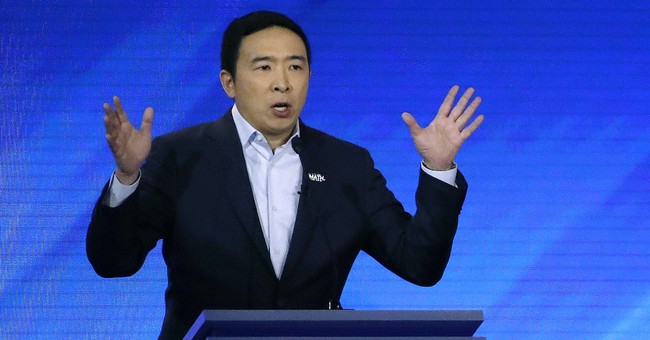 Polls are closed in New Hampshire as Democratic presidential hopefuls compete for the support of the Granite State. Just after the polls closed, entrepreneur Andrew Yang announced he is suspending his bid for the White House.

New: Sources tell CNN @AndrewYang plans to suspend his campaign. One source telling me that the “MATH just didnt work out”

Yang's campaign thrived on his relatable, fun persona; his demeanor is vastly more appealing than that of his peers, most of whom are career politicians who thrive on political pandering. At the center of his campaign was Yang's idea to cut a 1,000 dollar monthly check to every American, which gained traction nationwide.

Andrew Yang counters Pres. Trump's economic record with plan for universal basic income: "We need to put the gains of this economy directly into our hands—into families hands around the country through a dividend of $1,000 a month." https://t.co/K4MXKh6sNq pic.twitter.com/5CBtin763b

Yang had no real path to the nomination, but his positive presence in the race will surely be missed.

BREAKING: Andrew Yang is dropping out of the Democratic presidential race for White House. “The decision was pretty clear,” Yang’s campaign manager tells me. “It doesn't feel honest to keep taking money and enthusiasm from our supporters, but also from the Democratic Party."

Stay tuned for the results of the New Hampshire primary on our live blog.