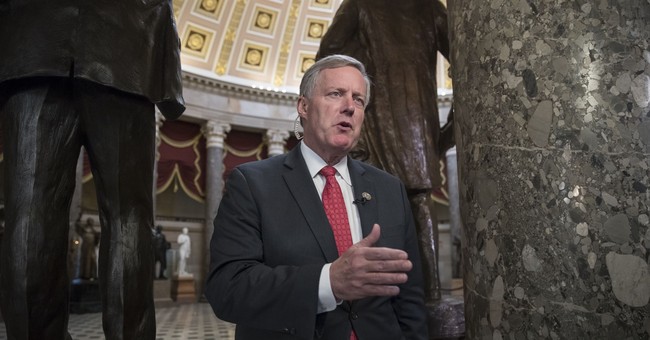 The New York Times reported Bolton's book states Trump tied the Ukraine military aid to the country's officials helping investigate the former Vice President Joe Biden and his son, Hunter, because he was on the board of gas company Burisma.

Multiple Senate Democrats have come out to say Bolton must testify in the ongoing impeachment trial in light of the allegation.

Meadows said Democrats are becoming desperate if they're clinging to 'anonymous sources' leaking information at the last minute.

"We’re talking about an unpublished manuscript that only ‘anonymous sources’ have seen, leaked by someone at the 11th hour, just as Democrats are losing what little impeachment momentum they had left. We’ve seen this playbook used before. Americans won’t buy it," Meadows said in a statement.

Meadows said Trump's impeachment was the result of him fighting to "drain the swamp."