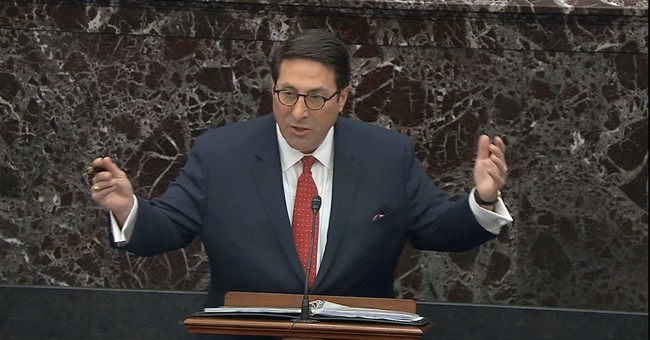 Vindman said he was concerned over the phone call Trump had with Ukrainian President Volodymyr Zelensky, where they discussed an investigation into former Vice President Joe Biden and his son, Hunter, over allegations of corruption in the country.

Addressing the Senate on Monday, Sekulow said Vindman simply had a policy disagreement with the commander in chief and basing an impeachment of a such a reason sets a dangerous precedent.

"Asking a foreign leader to get to the bottom of issues of corruption is not a violation of an oath. It was interesting because there was a lot of discussion the other day about Lieutenant Colonel Vindman, and one of the things that we reiterate is that he himself said he did not know if there’s anything of crime or anything of that nature," he said.

Trump was impeached by House Democrats on abuse of power and obstruction of Congress.