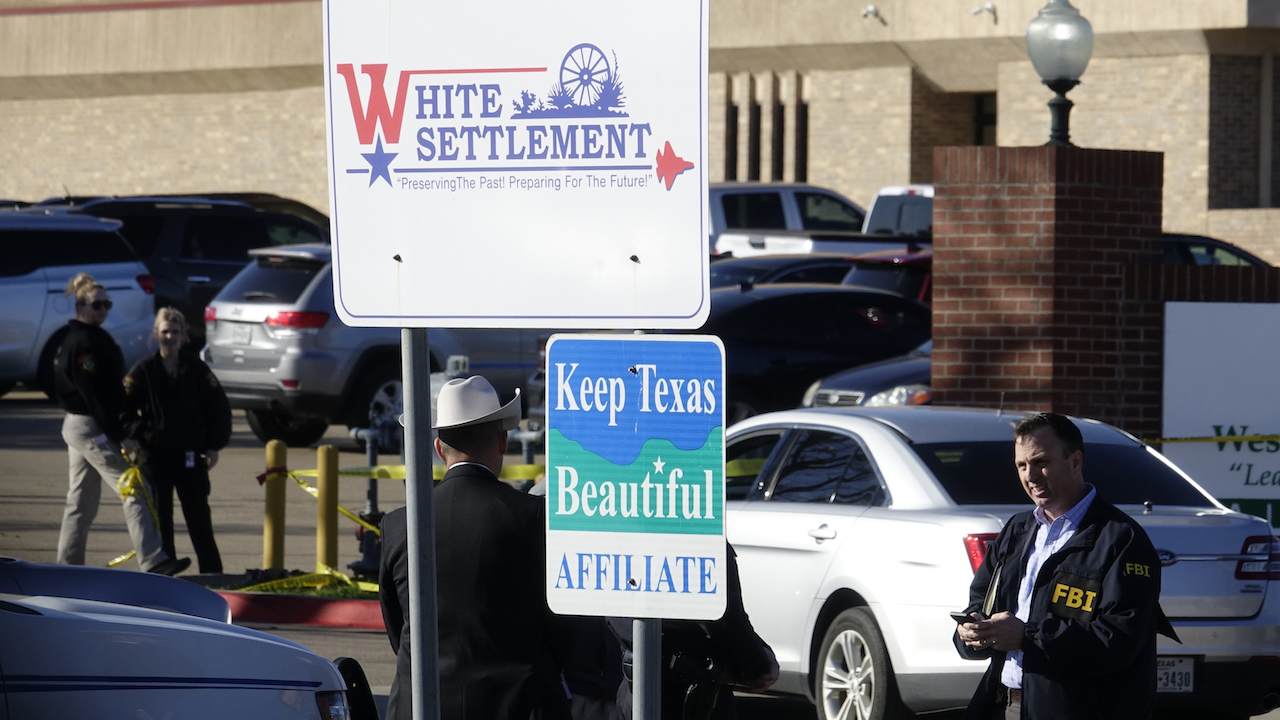 Liberals on social media were quick to call for gun control in the wake of a shooting at West Freeway Church of Christ in White Settlement, Texas during one of its Sunday morning services, despite an armed security guard killed the shooter right after the attack began, saving many lives.

Jack Wilson has been identified as the heroic security guard, who used his SIG P229 to take the shooter down with a single shot.

Despite Wilson's heroic actions, gun control proponents immediately called for stricter gun laws, with some ignoring the fact it was Wilson who was able to stop the attack six seconds after it had started.

BREAKING: Video shows gunman open fire at West Freeway Church of Christ in White Settlement, Texas before being shot dead by armed security; the service was being live-streamed on YouTube pic.twitter.com/58YcB8ODT1

Failed Democratic presidential candidate Beto O'Rourke, of "hell yes, we're gonna take your AR-15" fame, tweeted, "what we are doing in this country, when it comes to guns is not working."

Other high income countries don’t need armed guards or parishioners in places of worship because their laws prevent dangerous people from getting guns in the first place. https://t.co/YmuoUluS2U

Another tragic deadly shooting in Texas. In a church. Where congregants had guns.

My prayers & condolences go to the White Settlement community members who have to endure this awful pain.

Others blamed the National Rifle Association for the attack without evidence.

No one - in White Settlement, Texas or elsewhere - should have to fear gun violence. A shootout in a church with an assailant and armed parishioners is hardly the world Jesus wanted for up. This is the NRA’s America. We must change. Pray for this church. https://t.co/ISICgf8lpl

There are many problems with the “good guy with a gun” argument, but the biggest is that it relies on stopping a shooting AFTER it starts.

We want to PREVENT shootings in the first place, and the @NRA is in our way.

BREAKING: 3 people have been shot, 1 killed, at a Texas church.

Where are we safe? This past week, we’ve seen shootings at restaurants, family gatherings, malls, and now a church.

While it's a relief the Texas church shooter was neutralized, does anyone want an America where there are gun battles in places of worship?

Since the shooting was stopped by a good guy with a gun, liberal arguments have shifted to that it was still a failure because two people were killed. While of course it is tragic two parishioners were killed by this scum of the Earth, the attacker would have been able to kill many more had it not been for Wilson or the other attendees who were armed. It bears repeating that it would have taken an untold number of minutes for police to stop the shooter, where many more people could have been killed.

Families who would have been otherwise making plans to bury their loved ones are instead counting their blessings as there were people at the church who were prepared for such an event. Of course, it needs to be discovered how this monster obtained his firearm and if he was prohibited from having a firearm in the first place.