Rep. Debbie Dingell: Our Democracy Is Threatened By GOP 'Causing Chaos' with Impeachment 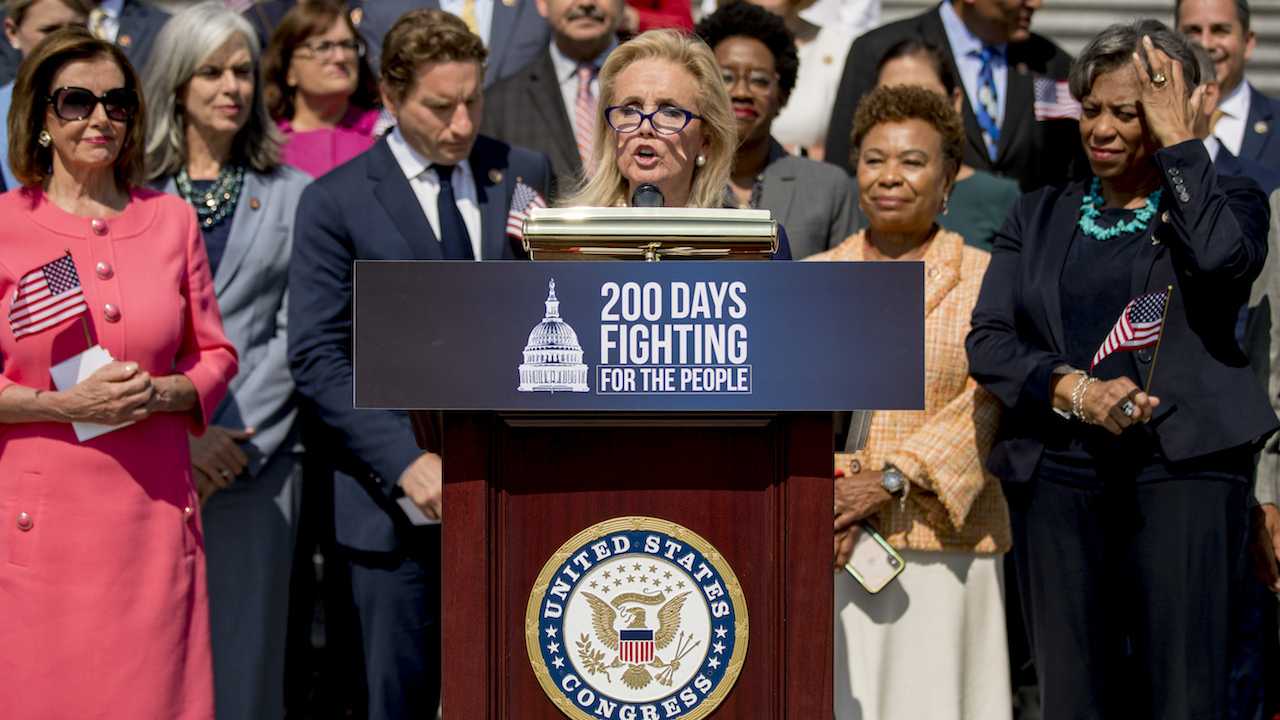 Rep. Debbie Dingell (D-MI) accused the House Republican leadership of threatening the country's democracy by wanting to cause chaos with their plan for the next steps in the impeachment of President Trump.

Speaker of the House Nancy Pelosi (D-CA) has not assigned case managers to the articles of impeachment, abuse of power and obstruction of Congress, which has resulted in them not being handed over to the Senate to begin the trial. Pelosi says she will not send the impeachment articles over until the Senate can guarantee the trial against Trump will be "fair."

Dingell was asked on CNN who she thinks Pelosi will pick to be the Democratic case managers.

"I think she’s going to pick the strongest, the strongest managers that will deliver the message, conduct a trial and I would hope that the whole country does not want to have a circus," Dingell said.

Dingell explained she thinks the Senate can be "too rigid" at times but said Senate Majority Leader Mitch McConnell (R-KY) will not want to have a "circus" trial.

"I do think that the managers that — I have a great deal of respect for the Minority Leader — are certainly going to try to cause chaos, but we have to stop causing chaos in everything that we do," Dingell said. "Our democracy is being threatened by this daily confrontation, chaos, spreading of fear and hatred and I hope we're all going to find a way that as we go into this impeachment trial, we're going to look at the facts, the senators will be all impartial, make up their minds and we’re going to all protect the democracy that we love and that this country is going to find a way to start to come together because the fear and hatred that's dividing it is threatening the very roots of our democracy."

Stop the Fearmongering: Johns Hopkins Doctor Shreds Latest COVID Madness Peddled by CDC and Fauci
Townhall
The 'I just left the ER' variant is multiplying on Twitter, warning people they're back to getting crushed by COVID-19
Twitchy
Biden Moves on to Insulting Americans if They're Not Vaccinated
Redstate
The Morning Briefing: Who Are the Idiots Who Still Think the CDC Has Any Credibility?
PJ Media