House Democrat Admits Why They Delayed the Impeachment Vote 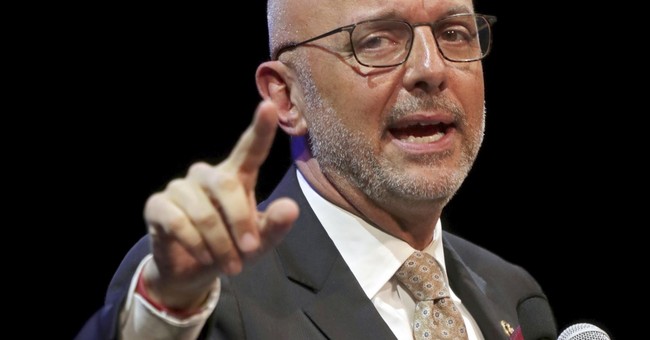 Rep. Ted Deutch (D-FL) admitted to CNN Friday morning that one of the reasons why Democrats on the House Judiciary Committee decided to delay voting on the impeachment articles is because it was getting too late for people to stay up watching television.

Republicans and Democrats on the Judiciary Committee debated on the articles of impeachment against President Trump all of Thursday, lasting until almost midnight.

"We went into the day thinking we were going to vote yesterday also, but my Republican colleagues offered amendment after amendment and it was clear that this was going to go well into the night, and this is the most consequential vote most members of Congress will ever cast. The American people deserve to see it. It ought to take place in the light of day," Deutch said.

"This is the most important thing we’re going to do in the committee," he continued. "Of course we shouldn’t rush it. So we decided to go home, take a break and come back and actually have this vote today after everyone has had an opportunity to think about what they heard over the past two days about the president’s abuse of power and then the obstruction of Congress that led us to this moment to begin with."

“This is why people don't like us,” Collins told reporters. “This crap like this is why people are having such a terrible opinion of Congress. What Chairman Nadler just did, and his staff, and the rest of the majority who sat there quietly and said nothing, this is why they don't like us. They know it's all about games. It's all about the TV screens. They want the primetime hit. This is Speaker Pelosi and Adam Schiff and the others directing this committee."