Chris Wallace Unloads on Trump: 'Engaged in the Most Direct, Sustained Assault on Freedom of the Press' 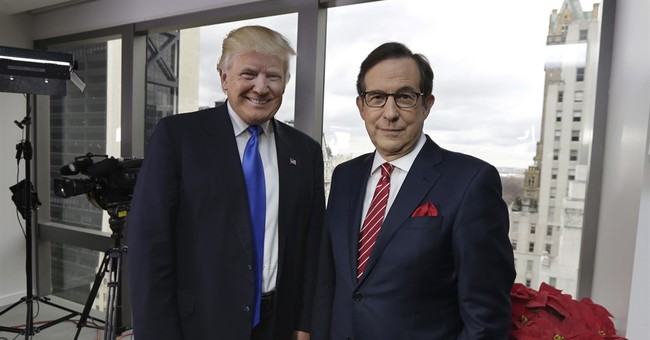 Fox News anchor Chris Wallace criticized President Trump for going after the press by calling them "fake news" and "enemy of the people," calling the attacks the "most direct" and "sustained assault" on the media in American history.

Wallace made his remarks at "Celebrating the First Amendment and the Newseum" event at The Newseum in downtown Washington, D.C. on Wednesday.

At ‘Celebrating the First Amendment and the Newseum’ event at The Newseum. Fox News host Chris Wallace: “I believe that President Trump is engaged in the most direct sustained assault on freedom of the press in our history.” pic.twitter.com/2sMGwxi98O

"He has done everything he can to undercut the media, to try and delegitimize us, and I think his purpose is clear: to raise doubts when we report critically about him and his administration that we can be trusted. Back in 2017, he tweeted something that said far more about him than it did about us: 'The fake news media is not my enemy. It is the enemy of the American people,'" he continued, according to The Guardian.

The long time Fox News anchor pointed to a Freedom Forum Institute poll that found 29 percent of Americans think the First Amendment goes too far and 77 percent said fake news "is a serious threat to our democracy."

Wallace also had some criticisms for members of the media.

"I think many of our colleagues see the president’s attacks, his constant bashing of the media as a rationale, as an excuse to cross the line themselves, to push back, and that is a big mistake," he said. "I see it all the time on the front page of major newspapers and the lead of the evening news: fact mixed with opinion, buzzwords like 'bombshell' and 'scandal.' The animus of the reporter and the editor as plain to see as the headline."

Known for not holding back in grilling Republicans and members of Trump's administration, Wallace has been the subject of Trump's tweets as of late.

.@SteveScalise blew the nasty & obnoxious Chris Wallace (will never be his father, Mike!) away on Chris’s lowest rated (unless I’m on) morning show. This kind of dumb and unfair interview would never have happened in the @FoxNews past. Great job Steve!