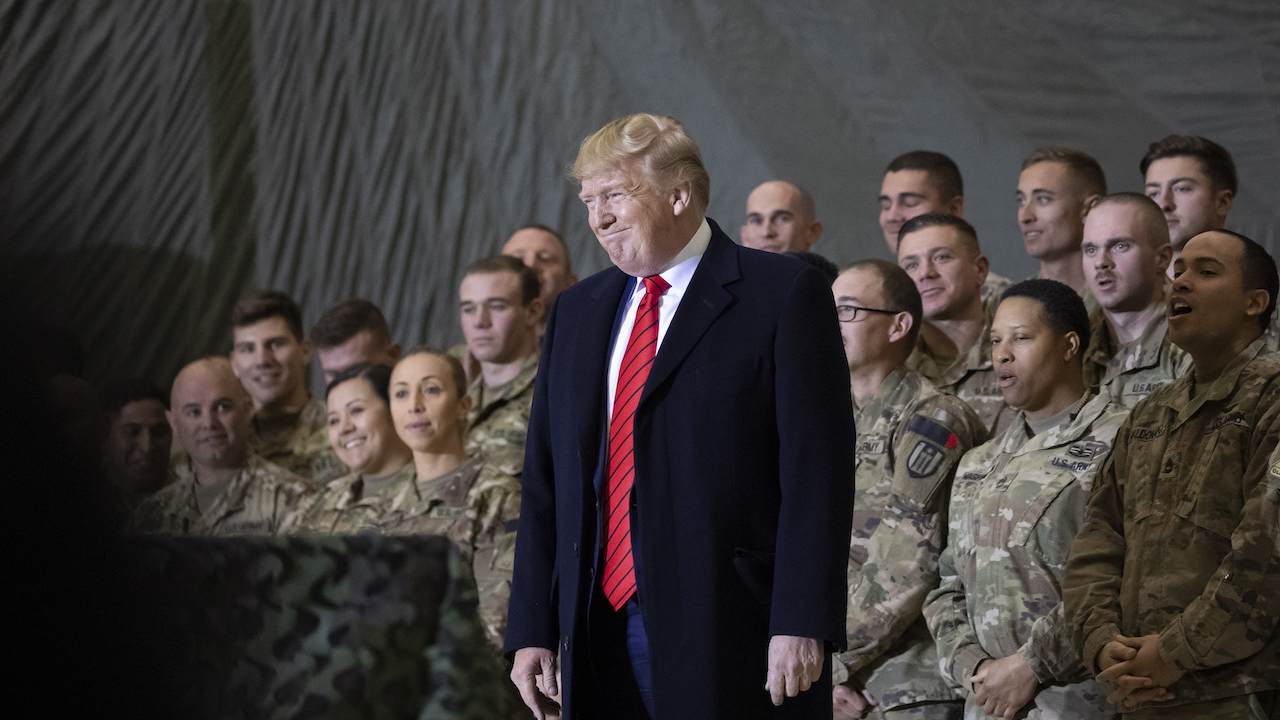 President Trump's reelection campaign launched its "Veterans for Trump" coalition in November, which is tasked with reaching out to the country's military veterans and ensuring they vote for the current commander-in-chief.

With around 20 million veterans in the U.S., Trump likes to tout his strong support with the voting bloc. In a July 2019 Pew Research poll, prior to the pullout of U.S. military personnel in northern Syria, 57 percent of American veterans said they approve of how Trump was doing as commander-in-chief. Forty-eight percent of veterans further said they believe his policies have made the military stronger.

Jessie Jane Duff, a 20 year Marine Corps veteran who is now a co-chair on the "Veterans for Trump" board, told Townhall she had worked with Concerned Veterans when the Department of Veterans Affairs waiting list scandal broke in 2014. Since then, Duff says she has seen the difference Trump's administration has brought to the VA.

Some of the most crucial pieces of veteran legislation Trump signed into law include the 2017 VA Accountability and Whistleblower Protection Act, which makes it easier to fire poor-performing VA employees, and the VA Mission Act of 2018, which increases private health care access for veterans.

"Essentially, there was no way to get rid of them...Under this administration, and we did work a lot on this with the last administration, but we couldn't make any headway, we finally got...a president to get this through Congress and...they are finally now holding employees accountable," Duff said.

Similar to what the Pew poll found, Duff said Trump's priority of rebuilding the military through increasing its budget is another reason why veterans should vote for him again. Trump has also pushed for a 3.1% pay increase for the military, which was included in a continuing resolution the House approved in November.

"The Army and Marines were graded as 'weak' under President Obama. We now have them up to 'marginal' because it takes us years to rebuild this," she said. "If you're getting from 'weak' to 'marginal,' that's big steps."

Duff was referring to the Heritage Foundation's annual "Index Of U.S.Military Strength" report. In its report for 2016, the Army was rated "weak" in two of its three categories, and the Marine Corps was "weak" in one of the categories. For 2020, the military's overall strength was rated as "marginal."

Critics often point to comments Trump made during the 2016 election about the late Sen. John McCain (R-AZ), Gold Star parents Khizr and Ghazala Khan, and Trump's draft deferments as proof he does not care about veterans and the military at large.

"If you're a Gold Star Mom, Dad...as soon as you go public, you are now going to be subjected to criticism. Khan was not some innocent man minding his own business going through his day to day life. He spoke out against then-candidate Trump. He did it methodically, he did it willingly, and he did it on a public forum," Duff said, adding how she receives criticisms as well for speaking out.

"Everyone has a right to defend themselves," Duff continued, saying Trump is no different and that he won't go out of his way to criticize anyone unless they "throw the first punch."

What Trump says shouldn't really matter, Duff said, because of what he has accomplished for the community.

"All I got to say is if that's all you got, you have nothing, because I don't care what happened two years ago or thirty years ago at this point, because he has proven, beyond any measure of doubt, that he has supported veterans and the military above and beyond. No other president has the record he has when it comes to the military and veterans," she said.