'True North': The Heritage Foundation Lays Out What It Means to Be Conservative During and After Trump 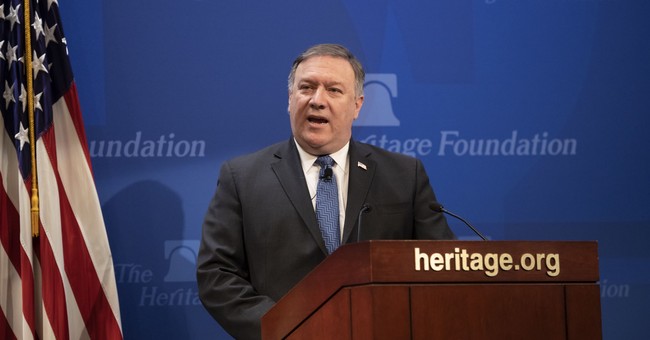 The Heritage Foundation issued its list of principles of what they see as being a conservative for the first time in the think tank's history.

The list was rolled out during their annual President’s Club Meeting lunch on Monday. The lunch was used to highlight their accomplishes for the year and to explain what they have planned for the years to come. The introduction of their stated principles comes as debate rages over just how much President Trump has changed the Republican party and conservatism overall.

While how to build upon conservatism in American communities was discussed, socialism was heavily targeted by the think tank's leadership. Andrew McIndoe, vice president of development, used his young daughter's ride with her scooter on a steep hill as an example of how the ideas of socialism are exhilarating at first, but then reality, the rock bottom, comes fast and hard.

"Americans, and young people especially, have been so propagandized by politicians, the media, and, in fact, our failed education system, that they've warmed up to socialism and turned a cold shoulder to bedrock principles like individual liberty and limited government," Kay Coles James, president of the Heritage Foundation, said at the lunch.

"Why do [socialists] fear the founding principles so much? Because they put the power in the hands of the American people and not in the hands of power-hungry politicians," she continued.

While the 14 tenants of their "True North" principles do overlap with President Trump's rhetoric and priorities, such as a strong national defense and originalist judges, it does not include actions such as trade wars through tariffs or incurring more national debt. It also says America is strongest when our alliances throughout the world are healthy and preserved: