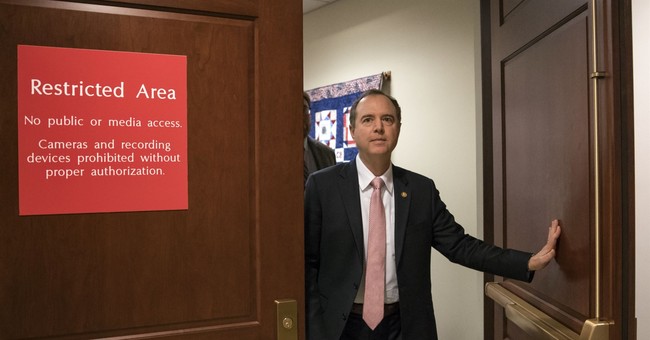 House Democrats are considering taking steps to hide the identity of the whistleblower that sparked the impeachment inquiry against President Trump in order to have them testify.

“There are lots of different protocols and procedures we’re looking into to find out what works and doesn’t work to protect the identity of the whistleblower,” an official told the Post. “That is paramount."

Democrats said the steps are being considered because they are worried House Republicans will leak the whistleblower's identity. They also said they had to restrict access to the visitor logbook after Republicans staffers leaked names of individuals signing in for job interviews when the majority was hiring this year.

Trump has said he deserves to meet with his accuser, who filed a report saying the president pushed Ukrainian President Volodymyr Zelensky to investigate the former Vice President Joe Biden and his son, Hunter, in exchange to providing military aid.

"Like every American, I deserve to meet my accuser, especially when this accuser, the so-called 'Whistleblower,' represented a perfect conversation with a foreign leader in a totally inaccurate and fraudulent way," Trump tweeted, adding, "His lies were made in perhaps the most blatant and sinister manner ever seen in the great Chamber."

Like every American, I deserve to meet my accuser, especially when this accuser, the so-called “Whistleblower,” represented a perfect conversation with a foreign leader in a totally inaccurate and fraudulent way. Then Schiff made up what I actually said by lying to Congress......

....In addition, I want to meet not only my accuser, who presented SECOND & THIRD HAND INFORMATION, but also the person who illegally gave this information, which was largely incorrect, to the “Whistleblower.” Was this person SPYING on the U.S. President? Big Consequences!