Mattis On the War in Afghanistan: 40 Years Is Enough 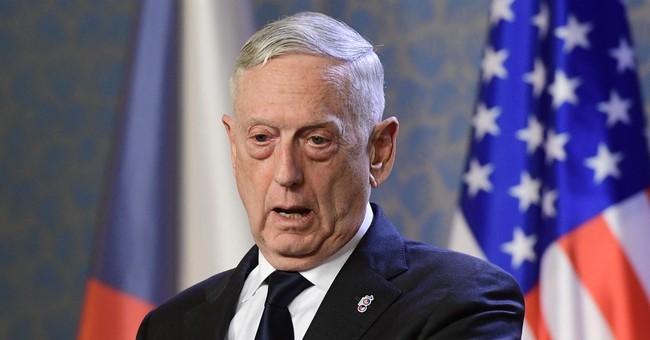 While meeting with Indian Minister of Defense Nirmala Sitharaman on Monday, Secretary of Defense James Mattis said it is time for everyone in Southwest Asia region to step up and help end the wars in Afghanistan.

“The White House recently reached out to Pakistan requesting their support of a potential peace talks in Afghanistan. Given that effort, do you think that the department has more confidence in Pakistan's willingness to help with the peace process there,” a reporter asked.

“You know, we are looking for every responsible nation to support peace in the sub-continent, and across this war in Afghanistan. It's gone on now, its approaching 40 years; 40 years is enough,” Mattis replied.

“It's time for everyone to get onboard, support the United Nations, support Prime Minister Modi, support President Ghani and all those who are trying to maintain peace and make for a better world here. So we are on that track, and it's diplomatically-led, as it should be, and we'll do our best to protect the Afghan people. That's a diplomatic effort to end the war,” he added.

Mattis’s remarks came shortly after the Department of Defense announced Sgt. Jason McClary, 24, of Export, Pennsylvania, who was wounded in an improvised explosive device Afghanistan in November, had died on Sunday.