Here's How Many Syrian Refugees Came To The U.S. In July 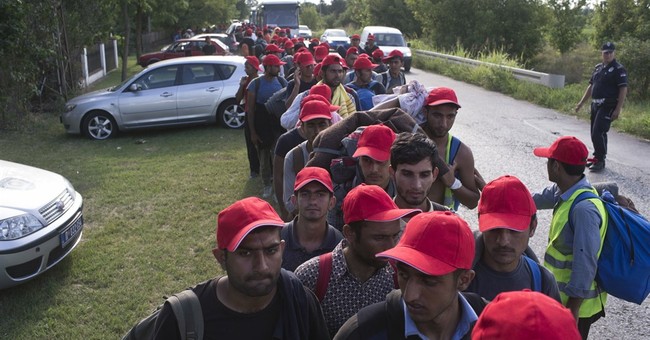 Obama's promise to have 10,000 Syrian refugees in America by the end of September may be fulfilled a month early.

This July, 2,340 refugees were admitted into the U.S. This brought the total number to 7,551, but also marked the first time since February's lowest total of 114 that the monthly totals failed to increase. July fell 66 people short of June's 2,406, but it also had a few days where zero refugees from any country were admitted.

The 2,449 refugees needed to fulfill the Obama administration's goal have already had a strong start in August. A total of 138 entered Monday, bringing the fiscal year total to 7,689. The chart below shows the monthly totals and trend since October:

July nearly doubled the number of Christian Syrian refugees, adding 15 to the slowly-growing minority of 33. Two people identified with an "other religion." The other 2,323 were Muslim, continuing the unusual trend of a 99 percent rate from a country that is 87 percent Muslim.

Unless the next two months experience a downturn in refugee admissions, there will be more than 10,000 Syrian refugees entering the U.S. this fiscal year.