Why Is Michigan Getting The Most Syrian Refugees? 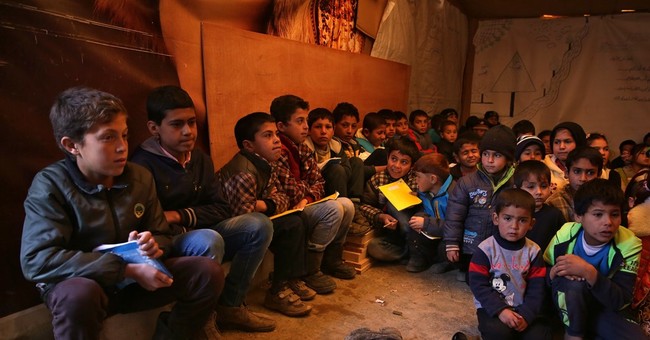 Michigan is receiving more refugees from Syria than any other state in the U.S. according to State Department records.

More Syrian refugees came into the U.S. on Wednesday than any single day since June 6. The State Department admitted 268 people, breaking its previous record of 253.

According to U.S. census population estimates for 2015, California and Texas have the largest populations in America, while Pennsylvania is sixth, Michigan is 10th, and Arizona is 14th. Despite these statistics, Michigan has become the primary territory for the Syrian refugee resettlement effort.

These states have some of the biggest cities in America, but the three Michigan cities which took in the most had higher refugee numbers than every city in Pennsylvania and Texas. Troy (220) gained 18 refugees Wednesday, Dearborn (189) took in 14, and Clinton Township stayed at 191. The only cities to shelter more Syrian refugees were San Diego (360) and Glendale, Arizona (288).

San Diego, Glendale, and Troy take in refugees from many countries, according to Refugee Processing Center. Clinton Township is part of Macomb County, Michigan, one of the top refugee resettlement areas in the state. Dearborn, however, is not a common destination for all refugees seeking resettlement.

According to a Time article from September, at the end of the 2015 fiscal year, Michigan was not originally the biggest refugee state. At the time, Texas and California led the effort while Michigan was third. Only 1,584 refugees had entered the U.S. since the Syrian Civil War began in March 2011.

The article explained how Dearborn might receive more Syrian immigrants:

Some areas already have communities with a long-established Middle Eastern presence. Dearborn, Mich., for example, has a large Arab-American population that stretches back to the late 19th century, and the state has continued taking in refugees from war-torn Arab countries over the last decade.

The numbers in this report reflect Thursday morning totals. As of Thursday afternoon, the RPC's records were updated to show 210 more refugees arrived Thursday, bringing the fiscal year total to 7,491.