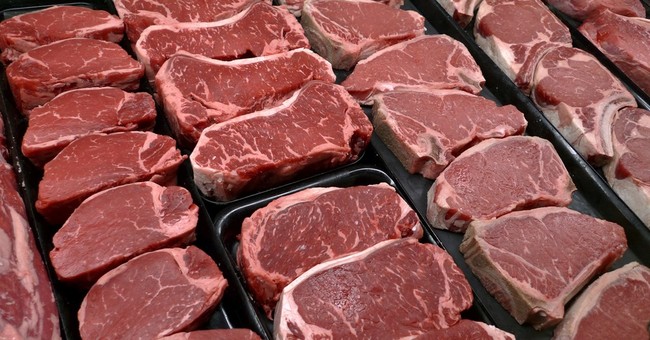 A barrage of grilled meat, sausages, and fish on Sunday evening triggered a street fight outside a vegan café in the country of Georgia.

Kiwi, a vegan café in Tbilisi, was screening the American cartoon Rick and Morty when a group of people loudly entered the building. After the café workers asked them to be quiet, the newcomers brought out meat and fish, eating some and throwing it at the café customers. Continuing to be noisy, they began to smoke as well.

Kiwi prohibits smoking and meat products, but it does not bar any specific group or person from entering. The café workers explained the events surrounding the fight in a Facebook post.

According to the Kiwi workers, they wanted to avoid conflict and again asked the meat throwers to leave. This prompted the group to ask why the vegans were being so “aggressive.”

“What about love?” they said.

Kiwi said in its public statement that these questions were sarcastic and displayed an “irrespective attitude to vegans and our ideas.”

When the café crowd started pushing the disruptive group out into the street, the noise drew several neighbors to the scene. One of the locals carried a knife and encouraged the fighters to come outside. When a business owner friendly to the vegans spoke up to prevent the fight from moving further, she was pulled face first into the road by her hair.

“Then the fight started on the street,” Kiwi said in its post.

The café’s statement was also directed at the locals who chose to attack the vegans for the noise and disruption:

At these painful moments, when we were the most vulnerable, they decided to attack. None of them knew what exactly happened, what was the point of the conflict and who provoked it – they were not interested to know, and they are still not interested now. Finally, they had a chance to could find a reason to express their baseless hatred toward us – and they started to blame us, although we were the victims of an absurd and unintelligent provocation by fascists.

The workers called the police, but they did not arrive before the knife-wielding local attacked the meat throwers and then the vegans. The disruptive crowd left, while the Kiwi customers and workers remained to deal with the police when they finally arrived.

The café described one officer as “very aggressive,” and said he “pushed us, yelled with anger,” and “said that we are guilty of what had happened.”

The police took some of the workers to their office for questioning.

Kiwi claimed the meat assailants were members of Georgian Power, which the café identified as a fascist Neo-Nazi group. The café said that a month ago the attackers had asked the neighboring business’ owner (who was thrown in the street during the fight) about the café’s customers. According to Kiwi, they were looking for members of the LGBT community, foreigners, and “punks.”

Georgian Power denied involvement with the incident in a Facebook post , saying “forcing meat upon vegetarians” was not an important issue for its organization. It also claimed many of its own members abstained from meat, and the group asked for an apology from the café.

The café is still open for business despite the incident. It finished its statement by encouraging anyone to visit and make donations:

In spite of the situation and everyday negative attitude to us and other people, who visit us, café is continuing to work and is ready to accept all costumers regardless of nationality, race, appearance, age, gender, sexual orientation, religious views, etc. Equality is the most important thing for us.