Death Of Taliban Leader In US Drone Strike May Unify Group 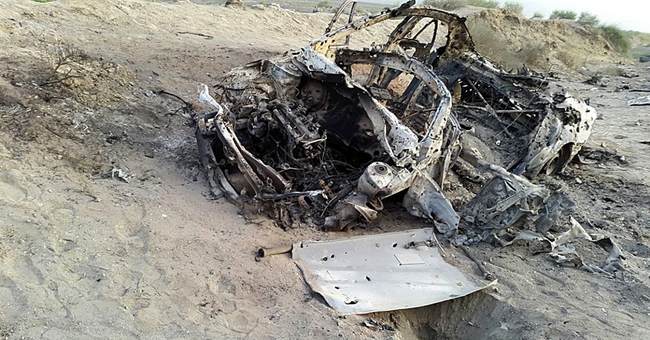 The Taliban leader’s death in a US drone strike last week may unify the movement, according to a senior Taliban member.

Former Afghan foreign minister Mohammad Ghous told the Associated Press Tuesday that Taliban faction leaders may rejoin the main group now that the divisive leader Mohammad Akhtar Mansour is dead. Mansour caused the Taliban to split last summer after he revealed that he had been running the movement for two years while pretending his predecessor, Taliban founder Mohammad Omar, was still alive.

According to Ghous, after the reveal of Omar’s death and Mansour’s cover-up, Mansour’s official induction as Taliban leader caused Taliban forces to divide into factions. Some of Omar’s family members openly rebelled. Mansour made peace by appointing Omar’s brother and son to senior leadership positions and naming Al-Qaida-friendly Sirajuddin Haqqani, the head of the Haqqani network, as his deputy.

Mansour orchestrated several attacks on Afghanistan, threatening to take power and reestablish the Taliban’s control of the city. His death was confirmed by both the US and Afghanistan.

On Monday, Afghanistan’s President Ashraf Ghani called on the Taliban in a series of tweets to restore peace.

In the event of Mullah Mansour’s killing, a new opportunity presents itself to those Taliban who are willing to end war & bloodshed. (7/n)

They can return to the country from the foreigners’ land and join the Afghan-owned and Afghan-led peace process. (8/n)

Pentagon spokesman and Navy Captain Jeff Davis said the attack was executed as an act of defense targeting Taliban who posed a threat to US and coalition soldiers. Davis noted the incident was the first time, to his knowledge, that the US acted under the Pentagon’s rules of engagement regarding defensive strikes. Previous US operations in Pakistan, like the one that killed Osama bin Laden in were conducted as counterterrorism actions.

Pakistan has expressed concerns regarding the drone strike. Special Assistant to the Prime Minister on Foreign Affairs Syed Tariq Fatemi said in a meeting with US Ambassador David Hale that it “was a violation of Pakistan's sovereignty and a breach of the United Nation's Charter that guarantees the inviolability of the territorial integrity of its member states.”

Carter says US forces will continue to prevent threats to the US and its overseas troops, along with continuing support of Afghanistan’s “effort to build a brighter and safer future.”