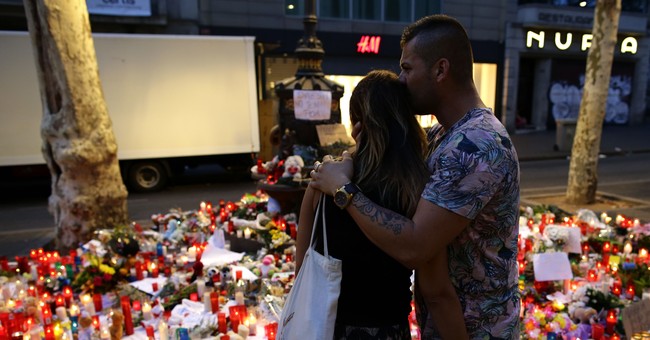 Six law enforcement officers in two states were shot and one killed Friday night, including two shot in what officials believe may have been an ambush in Kissimmee, Florida.

Officer Matthew Baxter was killed in Kissimmee when he and his partner, Sgt. Sam Howard, responded "to a suspicious activity call just before 9:30 pm Friday. Within minutes, gunfire erupted, surprising the officers, who were not able to return fire," according to Kissimmee Police Chief Jeff O'Dell. Sgt. Howard is currently listed as being in "grave critical condition." Other officers arrived shortly thereafter and apprehended three suspects and are looking for a fourth person. The area in which the officers were shot is known for "high drug activity."

My thoughts and prayers are with the @KissimmeePolice and their loved ones. We are with you!#LESM

A little further north, the two Sheriff's deputies in Jacksonville, Florida were shot while responding to an attempted suicide call. When they arrived at the home, the suspect shot through the doorway, striking the two officers while others backed them up. The suspect was shot during the exchange and later died at the hospital.

In Pennsylvania, two Pennsylvania State Troopers were shot in Fairchance, Fayette County, in the southwestern portion of the state. One official said the two were involved in a "situation" at the Shop 'N Save. Other sources said they were serving a warrant when the shooting occurred. Both troopers are in stable condition.