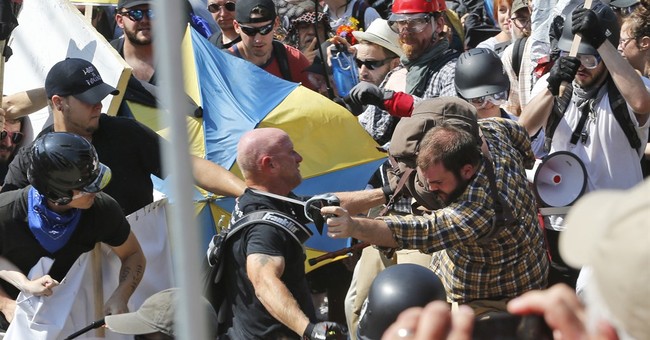 As law enforcement officers are working to calm the situation in Charlottesville, where a white nationalist rally turned violent, President Trump and GOP leaders are denouncing the violence and hate.

We ALL must be united & condemn all that hate stands for. There is no place for this kind of violence in America. Lets come together as one!

Our country encourages freedom of speech, but let's communicate w/o hate in our hearts. No good comes from violence. #Charlottesville

Vice President Pence retweeted President Trump, adding that we should oppose those seeking to divide us.

I stand with @POTUS against hate & violence. U.S is greatest when we join together & oppose those seeking to divide us. #Charlottesville https://t.co/p76Y9xQCPL

Neither Trump specifically called out the white nationalist views, but Rep. Paul Ryan and Sen. Orrin Hatch did.

The views fueling the spectacle in Charlottesville are repugnant. Let it only serve to unite Americans against this kind of vile bigotry.

Their tiki torches may be fueled by citronella but their ideas are fueled by hate, & have no place in civil society. https://t.co/himqTMBQnH

Racism and violence have no place in America. All of us must condemn hate wherever it is found.

Progressives have been demanding that conservatives denounce the violence and hate, as if conservatives are responsible for the white nationalists' hateful attitudes. Conservative politicians and pundits have nearly unanimously done so - and not because it was a demand from the left - which is something the left ought to take note of.