Nikki Haley on North Korea: 'The Time for Talk is Over' 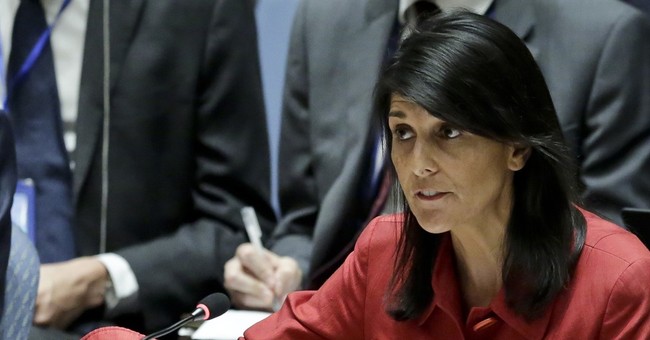 In the wake of North Korea's latest ICBM launch, US Ambassador to the UN Nikki Haley said Sunday the US is not seeking a Security Council emergency session to discuss the matter.

Seeing that the North Korean regime repeatedly violates existing Security Council resolutions, there is no point in having another session and producing another resolution, according to a statement Haley released Sunday.

Our full statement on the North Korean ICBM launch: pic.twitter.com/8tIaaTVkSF

It states, in part:

“There is no point in having an emergency session if it produces nothing of consequence. North Korea is already subject to numerous Security Council resolutions that they violate with impunity and that are not complied with by all UN Member States.

“An additional security council resolution that does not significantly increase the international pressure on North Korea is of no value. In fact, it is worse than nothing, because it sends the message to the North Korean dictator that the international community is unwilling to seriously challenge him.

“China must decide whether it is finally willing to take this vital step. The time for talk is over. The danger the North Korean regime poses to international peace is now clear to all.”

Vice President Mike Pence echoed her sentiments, calling on China to act and saying "the era of strategic patience is over."