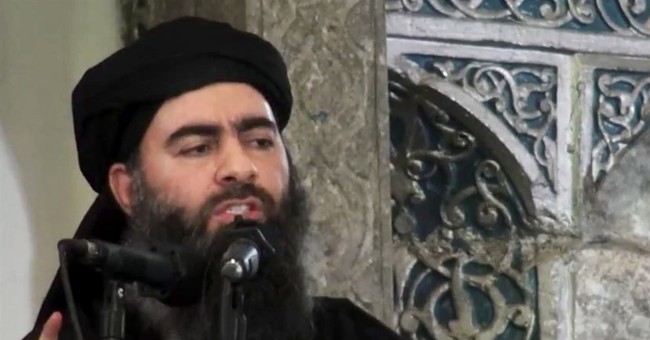 Speaking at the Aspen Security Forum, Gen. Tony Thomas said, "There’s a great need to inform the American public about what we’re up to. There’s also great need to recognize things that will absolutely undercut our ability to do our job.”

Thomas, who heads the Special Operations Command, was speaking about ISIS in Iraq and Syria during a Q and A session moderated by Fox News' Catherine Herridge. ISIS leader Abu Bakr al Baghdadi's network has been "dismantled," Thomas said, but leaked information in 2015 compromised a lead to al Baghdadi himself.

“I mean everyone who worked for him initially is dead or gone. Everybody who stepped to the plate the next time [is] dead or gone. Down through a network where we have killed, in a conservative estimate, 60,000 to 70,000 of his followers, his army.”

In a 2015 raid ISIS oil minister Abu Sayyaf was killed and the United States obtained a great deal of "valuable information" about ISIS' structure and methods of evasion. After the raid, US forces were "particularly close" to Baghdadi. Then the New York Times published details, and (surprise!) the lead went dead.

“That was a very good lead. Unfortunately, it was leaked in a prominent national newspaper about a week later and that lead went dead,” Thomas said. “The challenge we have [is] in terms of where and how our tactics and procedures are discussed openly. There's a great need to inform the American public about what we're up to. There's also great need to recognize things that will absolutely undercut our ability to do our job.”

American intelligence agencies have extracted valuable information about the Islamic State’s leadership structure, financial operations and security measures by analyzing materials seized during a Delta Force commando raid last month that killed a leader of the terrorist group in eastern Syria, according to United States officials.

The information harvested from the laptops, cellphones and other materials recovered from the raid on May 16 has already helped the United States identify, locate and carry out an airstrike against another Islamic State leader in eastern Syria, on May 31. American officials expressed confidence that an influential lieutenant, Abu Hamid, was killed in the attack, but the Islamic State, which remains resilient, has not yet confirmed his death.

New insights yielded by the seized trove — four to seven terabytes of data, according to one official — include how the organization’s shadowy leader, Abu Bakr al-Baghdadi, operates and tries to avoid being tracked by coalition forces.

Russia claims there's a "high degree of probability" that al Baghdadi was killed in a Russian airstrike in May, but many American military and intelligence officials believe he's still alive, including Defense Secretary Gen. James Mattis, saying there's no evidence al Baghdadi was killed.

The Pentagon raised no objections with The Times before the story was published, and no senior American official ever complained publicly about it until now.

Of course the Post would defend publishing leaked intelligence information since they just did it again Saturday morning, publishing detailed information about then-Sen. Jeff Sessions' conversations with Russian Ambassador Sergei Kislyak. A continual stream of sensitive information is published by these two newspapers, who seem to be in a race to see which one can damage the intelligence community and our military the most. There is no thought given to the innocent people whose lives can be seriously disrupted or ended if this information gets into the wrong hands. It's time that these leaks stop and the sources who frequent the Times and the Post are held fully accountable.