Is Chuck Todd Afraid to Ask Bernie Sanders About the Elephant in the Room? 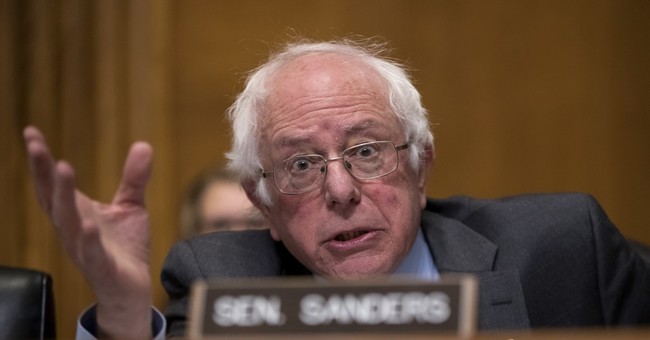 Bernie Sanders appeared on Sunday's "Meet the Press," and was obviously asked about the ongoing FBI investigation into allegations that he and his wife committed bank fraud, right?

On Thursday, Politico reported that Bernie and Jane Sanders had "lawyered up," retaining Larry Robbins, the attorney who defended Scooter Libby, and a local Burlington attorney to represent them. The investigation revolves around a $10 million loan package Burlington College took out when Jane was the college's president, and whether or not Bernie used his influence as a senator to ensure the loan was approved. There are also allegations that Jane falsified information on the application, claiming that the college had millions more in pledges than it did. The college ultimately defaulted on both loans - one to the local Catholic diocese and the other to the lending institution.

Then, when Jane Sanders was forced out of her job, reportedly for "fundraising deficiencies," she negotiated a $200,000 severance package - from a college on the brink of financial ruin.

These are extremely serious accusations, and most likely all Bernie could say if Chuck Todd questioned him about it is that he's not at liberty to discuss it on advice of counsel. But the question still should have been asked. Instead, we heard Sanders talk about how voters are pessimistic about both parties.

.@SenSanders tells @chucktodd that widespread Democratic loses are a sign that voters are pessimistic about both parties.#MTP pic.twitter.com/VdmVAJVUVJ

Wonder why that is, Bernie?