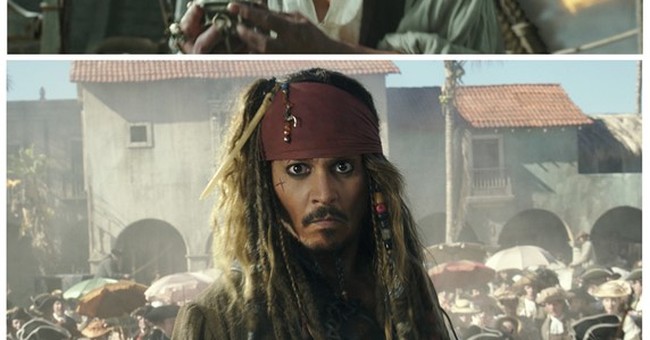 Johnny Depp was a little slow to realize that joking about assassinating the President isn't funny, but came to his senses a day after his comments at Glastonbury. As Lauretta wrote yesterday, Depp joked that "maybe it's time" an actor assassinated a president.

Referring to President Trump, Depp told the music festival crowd, ""Trump needs help," saying, "there are a lot of dark places he could go. Can we bring him here?"  A crowd member replied that yes, they could give him some love and understanding, then Depp said:

"I’m not insinuating anything — by the way, this will be in the press and it will be horrible — When was the last time an actor assassinated a president? I want to clarify, I’m not an actor. I lie for a living. However, it’s been a while, and maybe it’s time."

The Secret Service acknowledged that it was aware of Depp's comments. Coming so soon after a deranged man shot at a baseball field full of Republican lawmakers, and knowing that, well, an actor has assassinated a president before (though Depp is right, it has been a while), they're not comments that should be taken lightly.

Friday, Depp issued a short statement to People magazine, saying, “It did not come out as intended, and I intended no malice. I was only trying to amuse, not to harm anyone."

How did you intend for the statement to come out, Mr. Depp? Any other explanation is puzzling - which is probably why you didn't say exactly what you intended.

As Kathy Griffin learned, once you get out of the liberal bubble, those types of "jokes" aren't amusing.