Another Dem Announces Support for Gorsuch 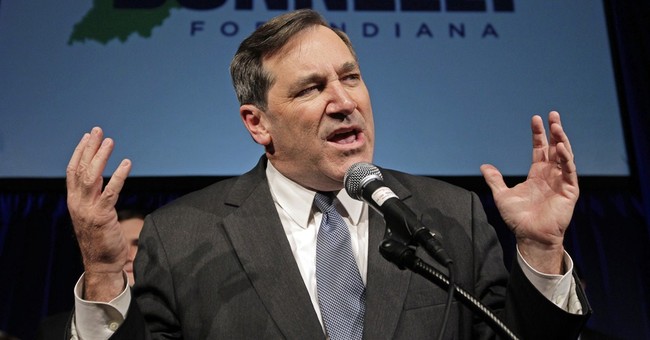 Indiana Sen. Joe Donnelly has announced his support for the nomination of Neil Gorsuch to the Supreme Court, becoming the third Democrat to cross the aisle on the issue.

In a press release, Donnelly said:

"I have said consistently that part of my job is to carefully review, debate, and vote on judicial nominations, including nominees to the Supreme Court. It is my obligation as Senator to consider the qualifications of each nominee that comes to the Senate floor to determine if he or she can faithfully serve on our nation’s highest court. I take this responsibility very seriously. After meeting with Judge Gorsuch, conducting a thorough review of his record, and closely following his hearing before the Senate Judiciary Committee, I believe that he is a qualified jurist who will base his decisions on his understanding of the law and is well-respected among his peers."I was deeply disappointed by the way the most recent Supreme Court nominee, Judge Garland, was treated by the Senate, but as Senator, I can only vote on the nominee that comes to the Senate floor. However, I believe that we should keep the current 60-vote threshold for Supreme Court nominees.”

Since the GOP holds 52 Senate seats, the addition of Donnelly to the "support" column means they need five more Democrats or Independents to support Judge Gorsuch's nomination without a change in the rules.

Last week, Sen. Joe Manchin (D-WV) and Sen. Heidi Heitkamp (D-ND) announced their support for Gorsuch. Appearing on "Meet the Press" this morning, Sen. Chuck Schumer (D-NY) maintained that he had the votes to filibuster Gorsuch.