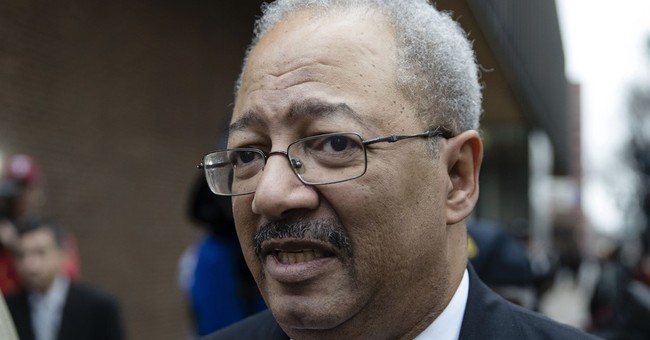 It looks like, despite an appeal for his case, former Democrat Rep. Chakah Fatah will have to report to prison on January 25th.

Fatah was convicted last week with money laundering, bribery, racketeering conspiracy, and other crimes. He was sentenced to 10 years in prison. Unfortunately for the former congressman from Pennsylvania, his bid to remain out of prison while he appeals his case has been denied by a judge.

Fattah had argued that an earlier Supreme Court ruling had limited the scope of political bribery – giving him leeway regarding his own charges. His lawyers say that the SCOTUS case overturning former Gov. Bob McDonnell's 2014 bribery conviction sets precedent for Fattah.

However, in denying his request, U.S. District Judge Harvey Bartle noted that even if the Democrat was able to overturn his bribery conviction, he is still guilty of stealing money from an educational nonprofit to pay back a loan for his failed mayoral bid.

The disgraced congressman will have to work on his appeal in a prison cell.