The U.S. Embassy In Israel Could Move To Jerusalem 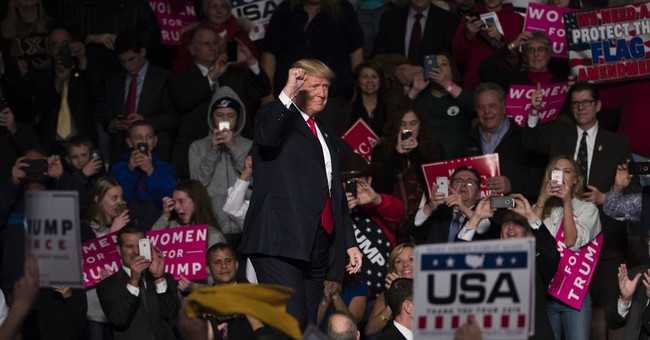 Both Bill Clinton and George W. Bush promised during their presidential campaigns to relocate the American embassy in Tel Aviv to Jerusalem. Once in office, however, no change in location was ever made. President Obama never expressed any real desire to move the embassy to Jerusalem during his tenure.

President-elect Donald Trump is proving to be a different White House leader, however. Unlike his predecessors, Trump is still calling for a move to Jerusalem even after being successfully elected. Other transition moves have also indicated this could actually happen.

The nomination of David Friedman as U.S. ambassador to Israel could mean big changes in American-Israeli diplomatic relations.

“I intend to work tirelessly to strengthen the unbreakable bond between our two countries and advance the cause of peace within the region, and look forward to doing this from the U.S. embassy in Israel’s eternal capital, Jerusalem,” Friedman stated when his nomination was announced.

Friedman is considered more hardline than previous U.S. ambassadors to Israel. He has opposed a ban on construction in East Jerusalem – a section of the city that is claimed by Palestinians. Israel captured East Jerusalem in 1967 Mideast war. His announcement clearly indicates he will use his position to push for a move.

If pursued, Trump would have unlikely allies on Capitol Hill. Incoming Senate minority leader Chuck Schumer of New York has long supported the move and was an original co-sponsor on the Jerusalem Embassy Act - paving the way for bipartisan support in Congress.

The Jerusalem Embassy Act of 1995 signed by President Clinton calls for the relocation of the U.S. embassy from Tel Aviv to Jerusalem. However, a clause in the law allows for the U.S. president to postpone the move. Every president has opted to sign six month waivers in the name of national security. The last waiver was signed by Obama on December 1st.

This means Trump could make the move as early as May 2017.