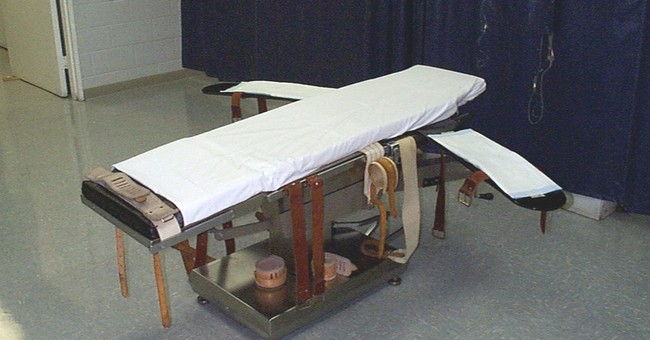 Two Democratic state legislators are drafting legislation that will call for the end of the death penalty in Nevada.

Sen. Tick Segerblom, chairman of the Senate Judiciary Committee, and Assemblyman James Ohrenschal, the second-ranking Democrat on the lower house’s Judiciary committee, are both requesting legislative language ending capital punishment. Under their bill, the maximum sentence for a convicted individual is life in prison without the possibility of parole. Their move is part of a larger trend of Democratic-led legislatures ending the death penalty in their states.

It can be surmised that the shellacking local Democrats took this election cycle means death penalty repeal will be put on hold.

A growing chorus of conservative outlets are voicing their concern about the death penalty. Capital punishment, they say, is costly, the system is cumbersome, and the practice risks the execution of innocent individuals.

Townhall spoke exclusively with Marc Hyden, the national coordinator of Conservatives Concerned About The Death Penalty, regarding the legislation in Nevada and efforts nationwide to end the death penalty.

“The states moving closer to repeal are, in fact, conservative ones. In the past few years, we have seen repeal legislation from state Republican legislators in 12 different states. The Nebraska legislature voted to end the practice, despite a voter referendum overturning it. We came very close in Utah this year. We could possibly see movement to repeal in Montana, Kansas, and Utah. We will go back to the drawing board next go-around.”

Hyden, who identified as pro-life, argues that allowing the death penalty to continue endures the risk of executing innocent people – something that has already happened before. Limiting punishment to life imprisonment is the best possible avenue for crimes considering mistakes are possible within the justice system.

Hyden also points to the fiscal sustainability of the death penalty. States are paying to keep the practice afloat while its practice is seemingly fruitless. “In Nevada’s case, they are paying a lot of money for a system that is not even executing people,” he stated.

This is very true. More than 80 people are sitting on death row in Nevada right now, but no one has been executed since 2006. The Nevada government has been unable to receive the drugs necessary to execute convicted criminals since pharmaceutical companies are giving limited access. Other states are facing the same issue.

Time will tell if Nevada is able to repeal the death penalty. However, it seems Americans’ minds are slowly changing on the issue.