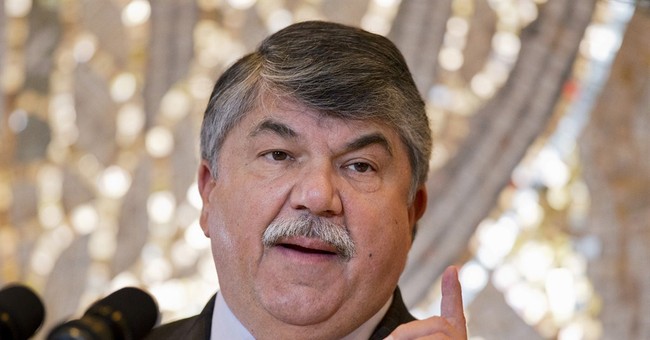 AFL-CIO President Richard Trumka sent out an endorsement ballot to members of the AFL-CIO's Executive Committee on Wednesday. The list pertained to who the committee should endorse for the next Democratic National Committee chairman. There were three options. However, it was not a list of three you would imagine.

The options given to members were: endorse Rep. Keith Ellison (D), abstain, or “make no endorsement at this time.”

Endorse Keith Ellison or nothing else? There are a host of other candidates who have officially entered the race to become the next DNC chair. Former Vermont Gov. Howard Dean, South Carolina Democratic Party chairman Jaime Harrison, and New Hampshire Democratic Party Chairman Ray Buckley. Apparently Trumka has a preference for Ellison and has given the committee members no other choice.

Harold Schaitberger, president of the International Association of Fire Fighters, noticed the clear bias and responded to Trumka in an email. "A single name on the ballot more resembles an attempt at a coronation in a totalitarian regime rather than an election within the House of Labor," wrote Schaitberger. "This causes me great concern that those who may call into question the integrity of our labor movement will now have more ammunition to use against us when we are in the trenches," he went on, "fighting to protect the hard won gains our members have earned through the years."

Minnesota Rep. Keith Ellison, the first Muslim to enter Congress, has taken heat for perceived derogatory language since announcing his candidacy for DNC chair. The Anti-Defamation League has expressed “serious concerns" since a 2010 speech by Ellison has come to light. In his speech, Ellison expressed frustration with what he believes is a Middle East foreign policy based solely through the needs of Israel.

The publicity of the comments may possibly do no harm to Ellison’s chances. The Democratic Party has slowly drifted away from its longtime support of Israel. The DNC’s effort in 2012 to reaffirm its stance that Jerusalem is the capital of Israel was met with vocal jeers during the Party convention.