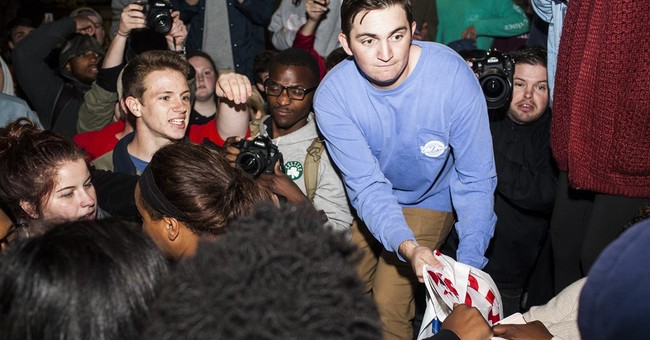 The grieving process is not going well for Hillary Clinton supporters and others who had wished to see Trump lose on Election Day. Not well at all, actually…

Their inability to cope with the outcome of the democratic election has led to some disgusting responses. Along with protests taking place across the country, the hashtag #assassinatetrump is currently trending on Twitter.

Here is a small snapshot of what is being said.

Trump will be assassinated #assasinatetrump

#assasinatetrump I know there must be someone out there planning his downfall.

@POTUS if you are the great man that i know and love, then you will #assasinatetrump on Thursday in your private presidential meeting????

From the people who attempted to cast Hillary’s campaign as one of love and compassion – they are now openly calling for the murder of an individual. Perhaps they need to be reminded that, yes, love does Trump hate.

Posting a hashtag doesn’t seem to be the smartest way to convey your desire to see someone killed. The Secret Service has said they will investigate all credible threats made to the president-elect. A simple Twitter search would make such an investigation easier.