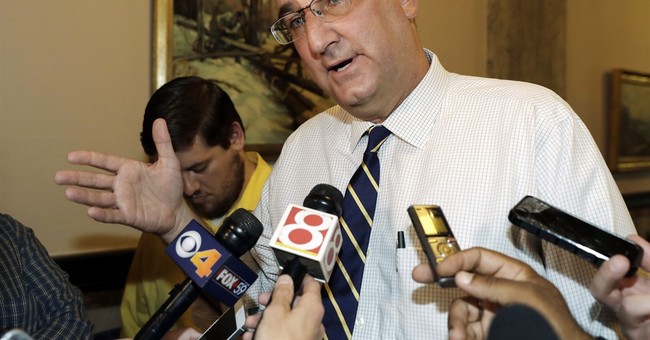 Update: Republican Eric Holcomb has been named the winner of this race.

In the race to become Indiana’s next governor, the national election is casting quite the shadow. Mike Pence is the sitting governor and current Republican vice presidential nominee. Pence vacated his reelection to join Trump’s ticket.

Amid his departure, the Indiana Republican Party held a special election in July to decide who the GOP gubernatorial nominee would be. Lt. Gov. Eric Holcomb came out on top. He is facing off against Democrat John Gregg in the general.

Gregg officially holds the title of longest serving Democratic Speaker of the House in Indiana. He also recently lost to Pence in a nail-biter race for governor in 2012. Without a doubt, Gregg carries sufficient name recognition going into Election Day.

Another not-so-great detail for Holcomb: this will be the first statewide campaign he has run in its entirety. Holcomb had briefly run for the U.S. Senate after Dan Coats announced his retirement. However, he suspended his campaign not long after it started. He was then appointed to the position of Lt. Governor in 2016 after its previous occupant stepped down.

Despite his lack of experience on the campaign trail and Gregg’s strong roots in Indiana politics, Holcomb has a lot going for him in this race. Down-ballot performance goes a long way and Indiana’s sitting governor belonging to the national ticket is helping Republicans in the Hoosier State. Lots of money has been directed to Indiana by way of pro-Pence forces. Also, the closely-watched Senate race between Republican Todd Young and Democrat Evan Bayh has attracted a lot of money to the Indiana GOP.

Surprisingly, not many Real Clear Politics-approved polls have been taken in Indiana regarding the gubernatorial race. Currently the RCP average has Gregg +3.3. However, this average is only out of three conducted, and the latest poll shows a dead heat between the two contenders.