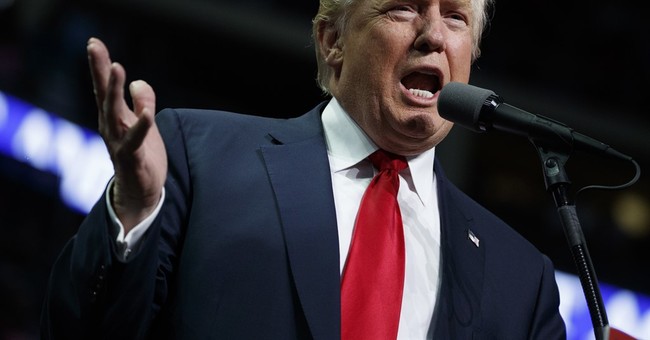 Trump is openly musing if foul play is behind long lines in certain voting areas in Nevada.

"It’s being reported that certain key Democratic polling locations in Clark County were kept open for hours and hours beyond closing time to bus and bring Democratic voters in," Trump said.

KNTV, an ABC station, reported that over 57,000 voted in Clark County, Nevada on Friday – breaking a record for single-day early voting. Clark County is also 30 percent Hispanic and Republicans are out-registered by Democrats.

"Last night in Clark County. They kept a poll open until 10 o’clock at night so a certain group could vote. It wasn’t in an area that normally has high transition," he said. "You think this is a free and easy election?"

According to early voting results, Nevada may be out of reach for Trump come Election Day. Democrats have gained the advantage in early voting. Estimates have Trump down around 12 to 15 points in Clark County – a huge hill for Trump to climb in a county with extremely high vote totals. Many are pointing to Harry Reid’s Democratic operation as reason for the huge Democrat turnout.

The situation in Nevada is so stark, in fact, Nevada-based political pundit Jon Ralston has already called the state for Clinton.